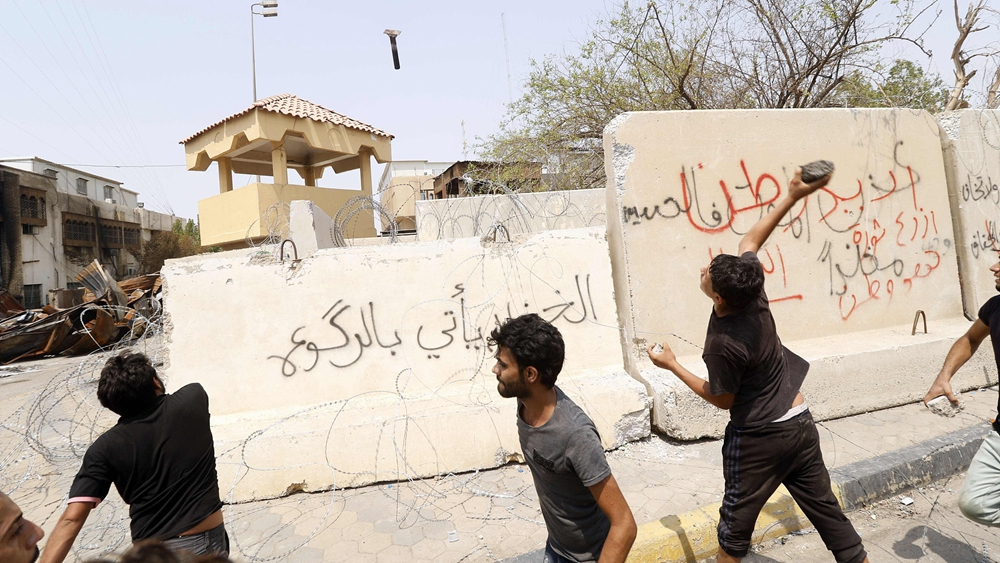 BAGHDAD, Nov. 28 (Xinhua) -- Thirteen demonstrators were killed and about 100 others wounded on Thursday in clashes with security forces in Iraq's southern province of Dhi Qar, as anti-government protests continued in the country, a provincial security source said.

Early in the morning, the Iraqi forces tried to clear three bridges seized by demonstrators in central Nasiriyah, capital city of Dhi Qar, sparking clashes with them, the source told Xinhua on condition of anonymity.

The security forces used water cannons, smoke and tear gas canisters and fired bullets in the air to disperse the protesters, leaving 13 of them killed and some 100 others wounded, the source said.

Many security members were also wounded in the clashes, he added.

Later in the day, the provincial authorities imposed a curfew in the cities of Dhi Qar starting from the noon until further notice, according to the source.

Mass demonstrations have continued in the capital Baghdad and other cities in central and southern Iraq since early October, demanding comprehensive reform, accountability for corruption, improvement of public services and job opportunities.