WORLD 13 killed, over 12,000 evacuated in Cambodia due to flash floods: spokesman

13 killed, over 12,000 evacuated in Cambodia due to flash floods: spokesman 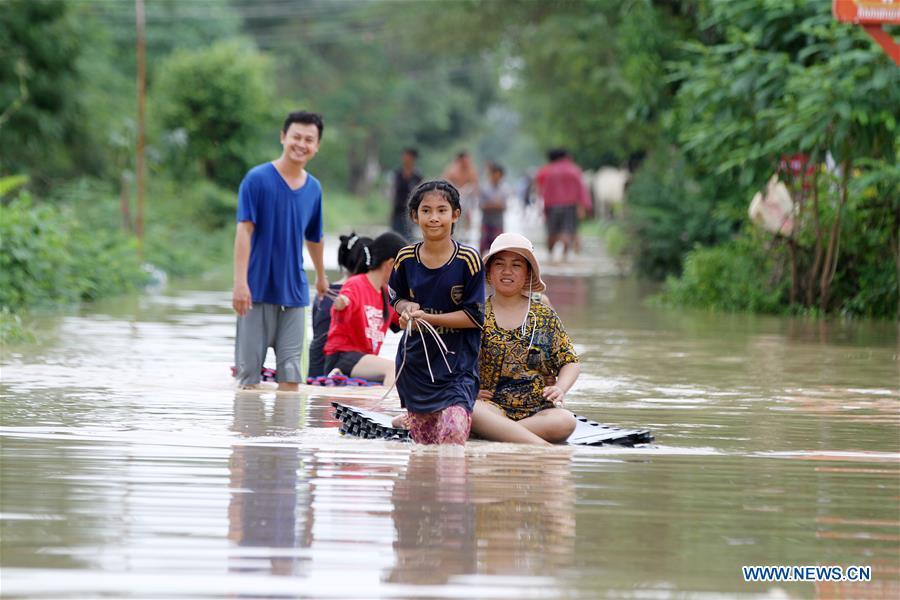 People walk through a flooded street in Dangkor district in the Southwestern suburb of Phnom Penh, Cambodia on Oct 15, 2020. (Photo: Xinhua)

PHNOM PENH - Thirteen people have been killed and 12,376 others evacuated in Cambodia after tropical storm-triggered rains caused floods in 19 of the kingdom's 25 cities and provinces, a spokesman said on Thursday.

Seak Vichet, a spokesman for the National Committee for Disaster Management (NCDM), said that since the beginning of the month, 193,268 people have been affected by the floods, and 12,376 others have been evacuated to safer ground.

"The floods have killed 13 people so far, including five children," he told Xinhua, adding that the worst-hit provinces included northwestern Battambang, Pursat, and Banteay Meanchey as well as southern Kandal.

Transportation has also been disrupted, as several major roads in the worst-hit provinces have been closed to avoid damaging their surfaces.

Water Resources and Meteorology Minister Lim Keanhor said on Thursday that further rain, wind, and high waves are forecast from Oct. 17 to 19 because the kingdom is suffering from the impact of tropical storm Saudel, which could lead to further flooding.

"People living in plains, along waterways and near mountains, fishermen and sea travelers should be extra-vigilant to avoid any possible dangers," he said in a press release.

Floods usually hit Cambodia between August and October. Last year, Mekong River and flash floods claimed 30 lives, as storms killed eight people and injured 131 others, according to the NCDM.