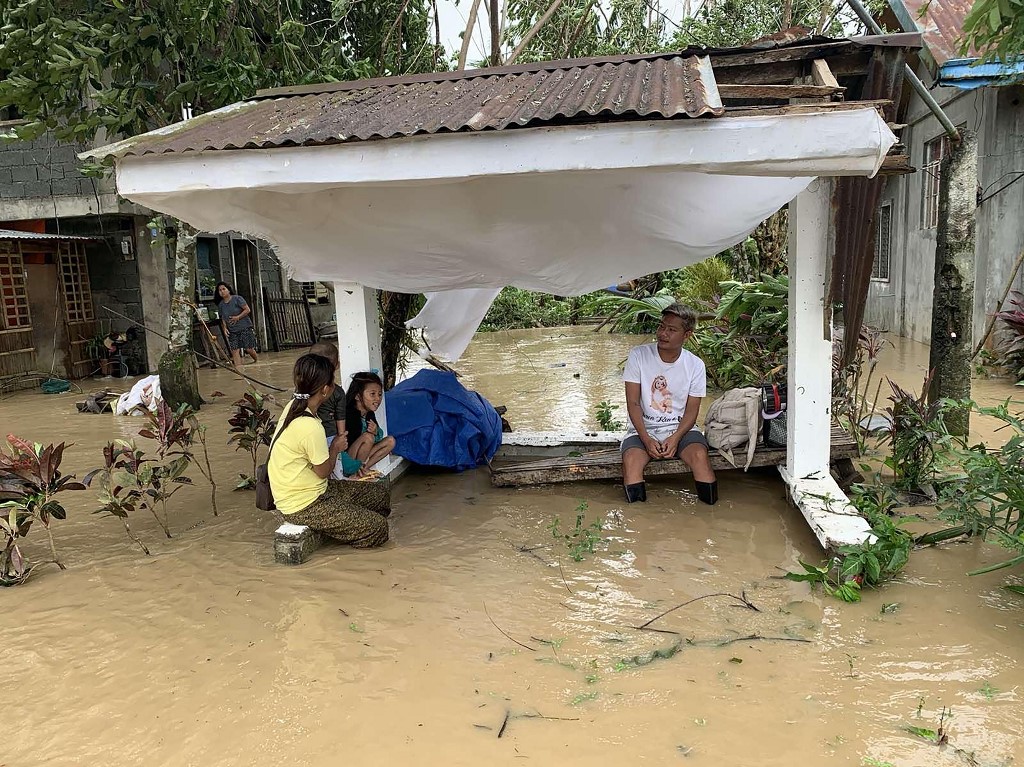 The NDRRMC is still culling for more information from its agencies in the regions, Timbal added.

The Philippine Coast Guard (PCG) also reported that one person is also missing after a yacht sank off Bauan town in Batangas province, south of Manila. The seven other crew members of the yacht were rescued, the PCG said.

Typhoon Molave made its first landfall in Tabaco City in the Bicol region, south of Manila, early on Sunday evening.

In a report, the NDRRMC said there were no immediate reports of deaths from the typhoon.

However, the agency said the typhoon, packing sustained winds of 125 km per hour and gusts of up to 150 km per hour, has affected at least 4,316 families so far in at least four regions south of Manila and the Cordillera Administrative Region in the northern Philippines.

The government had advised people in the provinces in the typhoon path to be vigilant for floods and landslides.

The coast guard said more than 1,000 cargo truck drivers, workers, and passengers of over 20 vessels and cargo ships were stranded in over 30 ports in the affected regions. At least 121 vessels and motorboats "are taking shelters" and prevented from venturing into rough seas, it added.

The state weather bureau warned that the typhoon will dump more rain in many provinces and regions, including in the capital Manila.

Molave is the 17th typhoon or tropical storms to batter the Philippines this year amid the COVID-19 pandemic.

About 20 typhoons and tropical storms batter the Philippines each year. The Southeast Asian archipelago of 110 million people has frequent earthquakes and volcanic eruptions.

Typhoon Molave is blowing westward at 25 km per hour. It is forecast to blow towards the South China Sea on Tuesday morning.