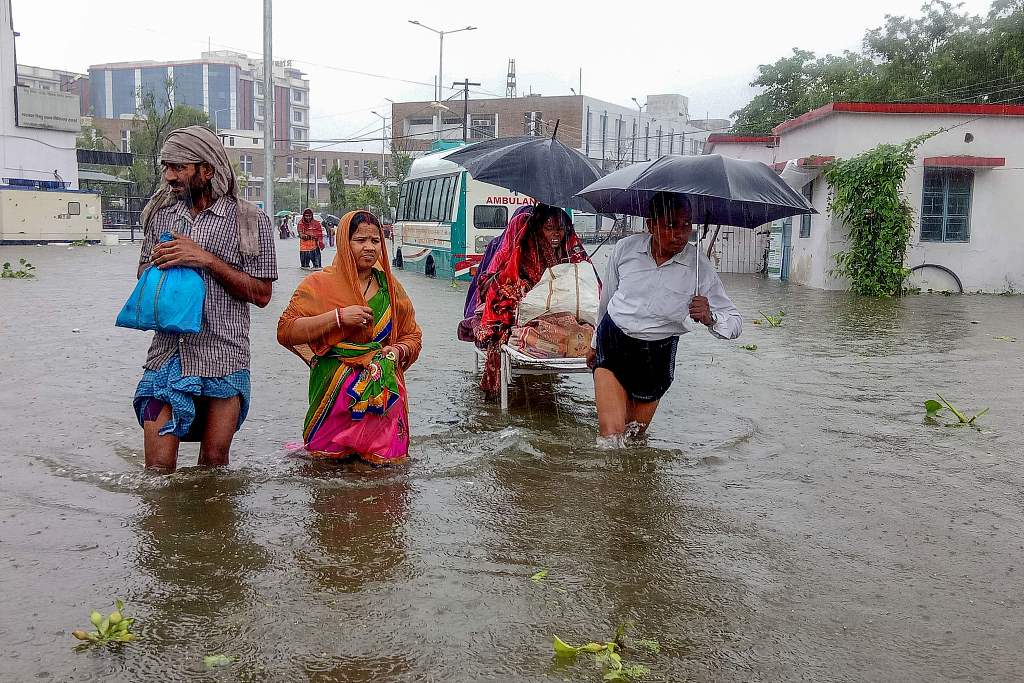 Patients wade through floodwaters on their way to hospital during heavy monsoon rain in Patna in the northeastern state of Bihar on September 28, 2019. (Photo: VCG)

According to the reports, four people died near Patna after a tree fell on auto at Khagaul railway station. Two persons were also injured in the incident. While four people lost their lives in Barari and two killed in Khanjarpur, one died in Munger, two died after their house collapsed due to heavy rains in Kaimur district and one person died in Patna on Saturday due to electrocution.

Bihar has been receiving heavy rainfall since Friday and the flood-like situation has been created in several parts of the state. Rescue teams were deployed in certain districts of Bihar.