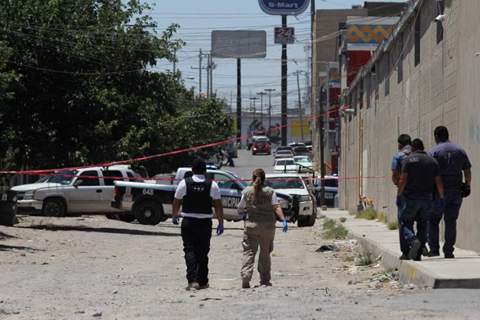 In one incident, armed gunmen opened fire on eight men who were watching the World Cup match between Mexico and South Korea, killing six and injuring two, according to local officials.

Simultaneously, in downtown Juarez, five men watching the soccer game at a hair salon were shot and killed. According to eye witness accounts, armed gunmen arrivd in a blue van and opened fire.

Early Sunday morning three people were removed from a party on the outskirts of the city and executed.

So far, for the month of June, 128 people have been killed in Juarez, and 13 of the victims were women, according to local media.

Government data has revealed that in municipalities such as Juarez, 80 percent of the city’s homicides are linked to drug trafficking, weapons possession and organized crime.