OSAKA, Japan, June 28 (Xinhua) -- The 14th Group of 20 (G20) summit kicked off here on Friday, with issues pertaining to the global economy, multilateral trade and development taking the center stage. 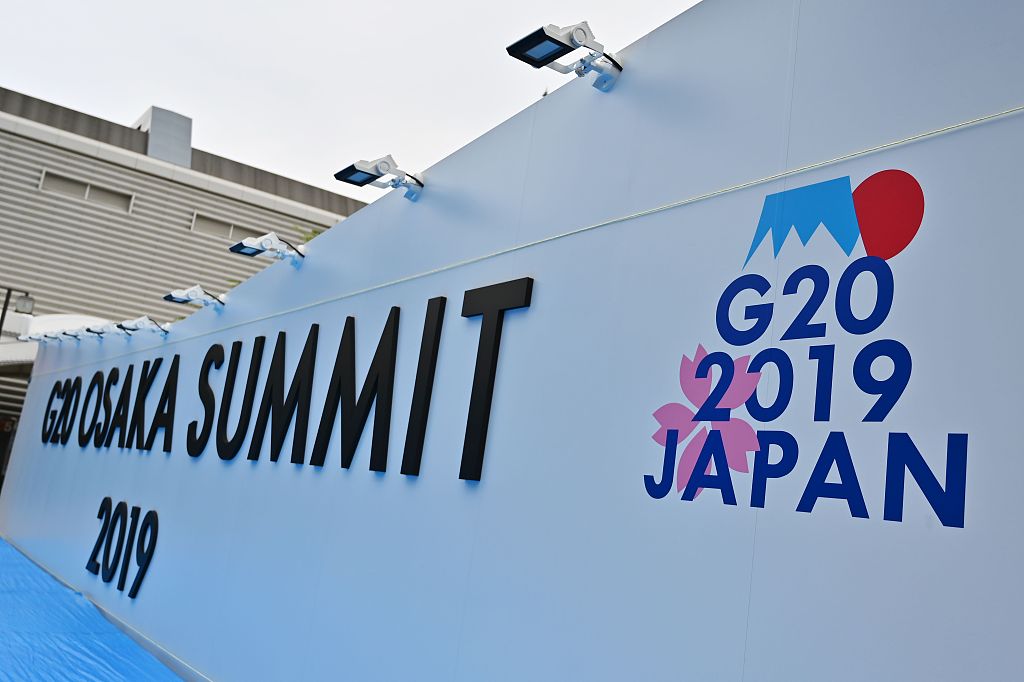 During the two-day summit, other issues including employment, women's empowerment and health will also be discussed.

Japanese Prime Minister Shinzo Abe welcomed the leaders of the G20 economies and other participants prior to the start of the summit.

Speaking on the first day of the summit, Abe, whose country currently holds the presidency of the G20, said he is deeply concerned about the current trade environment.

A strong message is needed on free, fair and nondiscriminatory trade, the Japanese prime minister said.

Abe called on the G20 to use all policy tools to drive global economy.

He also hoped to discuss with leaders the measures on further enhancing the momentum toward the reform in the World Trade Organization.

The summit is held against the backdrop that the International Monetary Fund (IMF) in April lowered its global growth forecast for 2019 to 3.3 percent, down 0.2 percentage point from its January estimate, with IMF Managing Director Christine Lagarde saying that the global economy is at a "delicate moment."

Upon the conclusion of the meeting between G20 finance ministers and central bank governors earlier this month in Japan, Lagarde noted that trade conflicts are the "principal threat" to the global economic outlook.

The World Bank has also expressed particular concern over "a slowdown in global trade growth to the lowest level since the financial crisis 10 years ago."

The global economy has been feeling the pain from the US-China trade friction that was initiated by Washington. The recently announced tariffs between the two countries, combined with those implemented in 2018, could reduce global gross domestic product (GDP) by 0.5 percent in 2020, resulting in a loss of about 455 billion US dollars, according to the IMF.

Established in 1999, the G20 is a central forum for international cooperation on financial and economic issues. It comprises 19 countries plus the European Union (EU).