TEHRAN, Feb. 25 (Xinhua) -- Iran's Ministry of Health and Medical Education announced Tuesday that the novel coronavirus outbreak in the country has claimed the lives of 15 people over the past week. 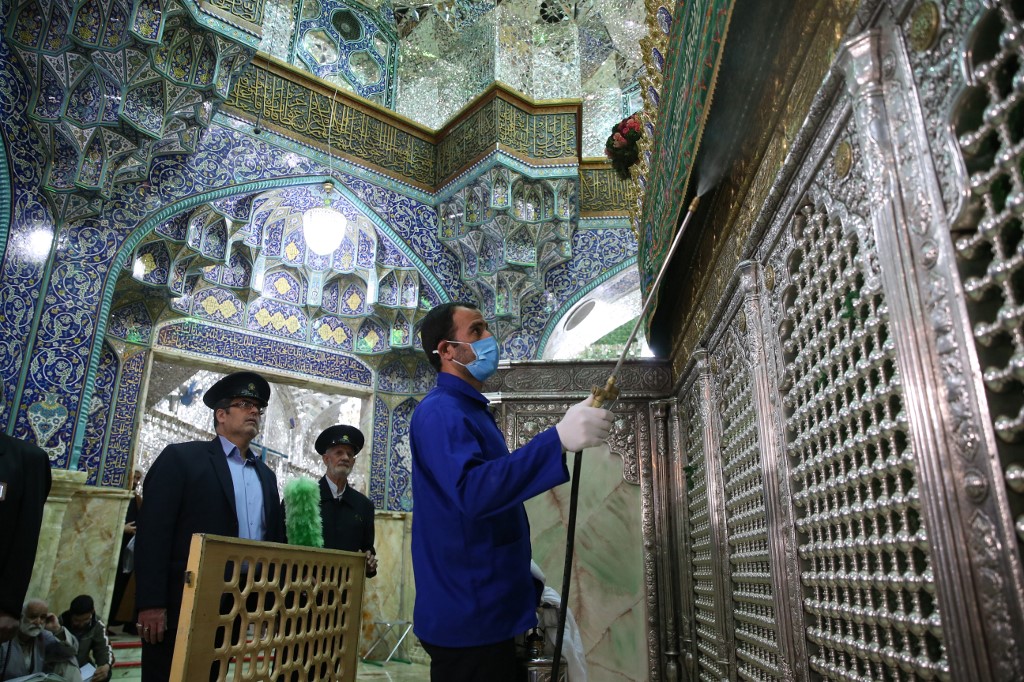 Iranian sanitary workers disinfect Qom's Masumeh shrine on February 25, 2020 to prevent the spread of the coronavirus which reached Iran, where there were concerns the situation might be worse than officially acknowledged. (Photo: AFP)

The disease has affected 95 people and 15 of them have died, Kianush Jahanpur, head of Public Relations and Information Center of Ministry of Health and Medical Education, was quoted as saying by semi-official ISNA News Agency.