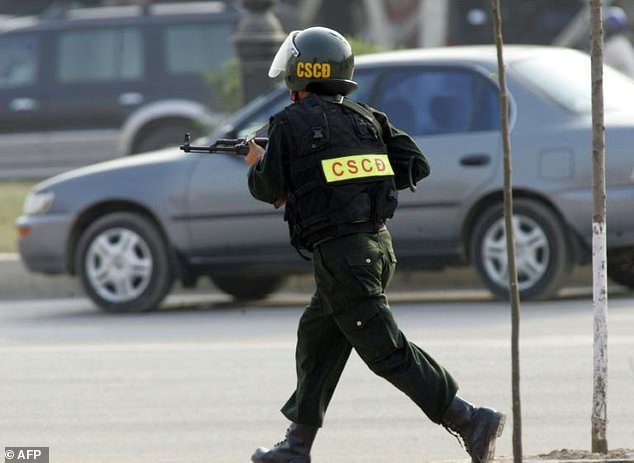 A court in Vietnam's Ho Chi Minh City on Wednesday passed jail terms of 5-16 years on 15 defendants on the charge of conducting terrorism against the people's administration.

Dang Hoang Thien (born in 1992, residing in Ho Chi Minh City), got 16 years in prison for his main role in making and planting petrol bombs at Tan Son Nhat International Airport in the city on April 22, and his involvement in setting fire to the warehouse of Bien Hoa city police in southern Dong Nai province on April 8, Vietnam News Agency reported.

The instigator of the April 8 arson attack on Bien Hoa police's warehouse, Nguyen Duc Sinh (born in 1985 in central Quang Ngai province), was given a 10-year sentence. He and his accomplices were also ordered to pay 1.2 billion Vietnamese dong (53,000 US dollars) in compensation to Bien Hoa police.

Thirteen other accomplices were sentenced to between five and 14 years in prison for "conducting terrorism against the people's administration."

According to the verdict, the defendants acted under the instruction of Dao Minh Quan and Pham Lisa, who led an overseas terrorist group which used social networks to entice people in Vietnam to set up terrorist groups planning to conduct terrorist acts and sabotage in the country.