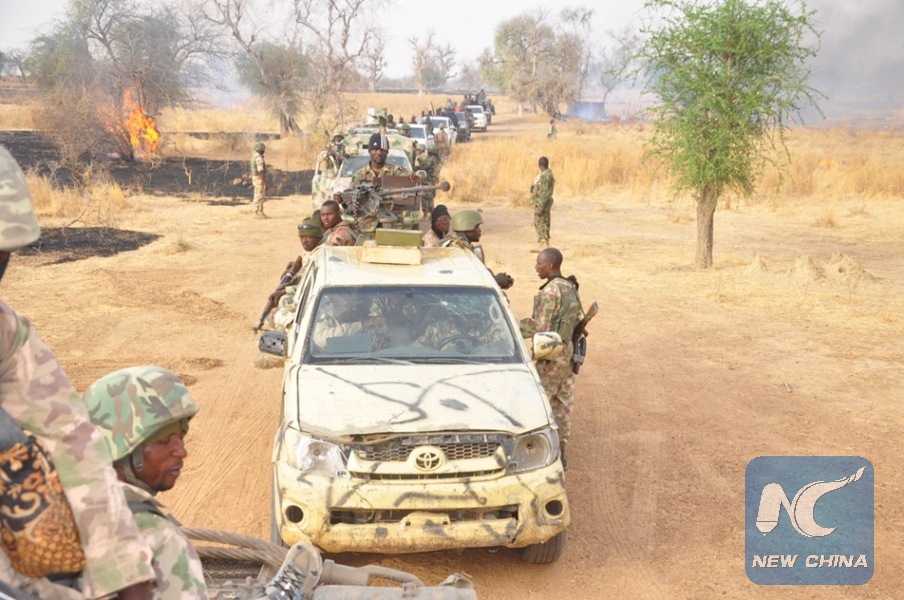 Fifteen people were killed and 83 others wounded in clashes between Nigerian soldiers and Boko Haram militants in northeastern Nigeria, the military confirmed on Monday.

One soldier and one civilian were among the dead in the clashes that occurred in the northeastern city of Maiduguri late Sunday, a military spokesman told Xinhua.

The remaining 13 were Boko Haram fighters who attempted to infiltrate Maiduguri, the capital of the northern state of Borno, said the spokesman, Onyema Nwachukwu.

Witnesses told of sporadic gunshots and multiple explosions that lasted hours on Sunday night on the outskirts of Maiduguri.

The Boko Haram fighters parked their vehicles a few meters away from a military checkpoint and sneaked into the communities near the city, according to the military.

Earlier, a source confirmed that dozens of women and children were wounded as soldiers engaged in fierce gun battle with the terrorists who detonated improvised explosive devices and shot sporadically.

Another source said bodies were not immediately evacuated from the place of the attack, due to darkness.

Last Friday, at least five people were killed and 13 others wounded in multiple bomb explosions in the same city.

Boko Haram is a Jihadist militant organization based in northeastern Nigeria. The United Nations believes the terror group has killed more than 20,000 people since 2009.