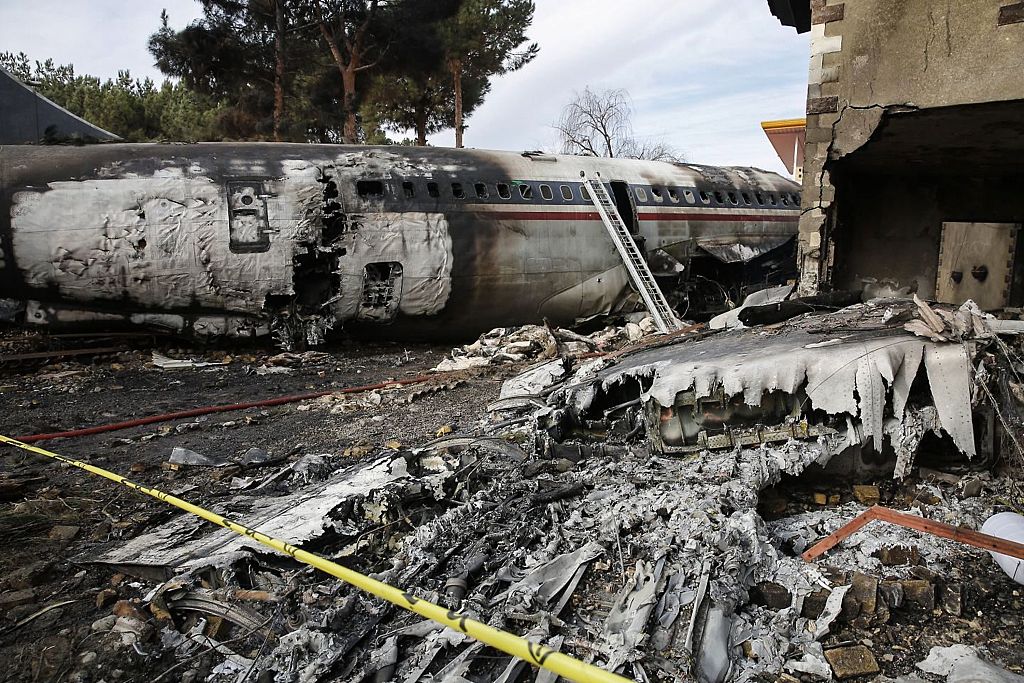 Picture taken on January 14, 2019 shows a Boeing 707 cargo plane that crashed into a residential complex near the Iranian capital Tehran. (Photos: VCG)

Among the 15 killed, 14 men and one woman on board, 10 could be identified and five others need further genetic examinations, Hamid Davood Abadi, head of Forensic Medicine Center of Alborz Province, told ISNA.

The plane had planned to land in Karaj's Payam Airport but chose to land in the Fath airport for an unknown reason, Naser Charkhsaz, chief of Iran's Red Crescent Society, told ISNA.

After landing in the wrong airport, the plane got out of control and slid out of the runway, hitting an empty residential building and catching fire. 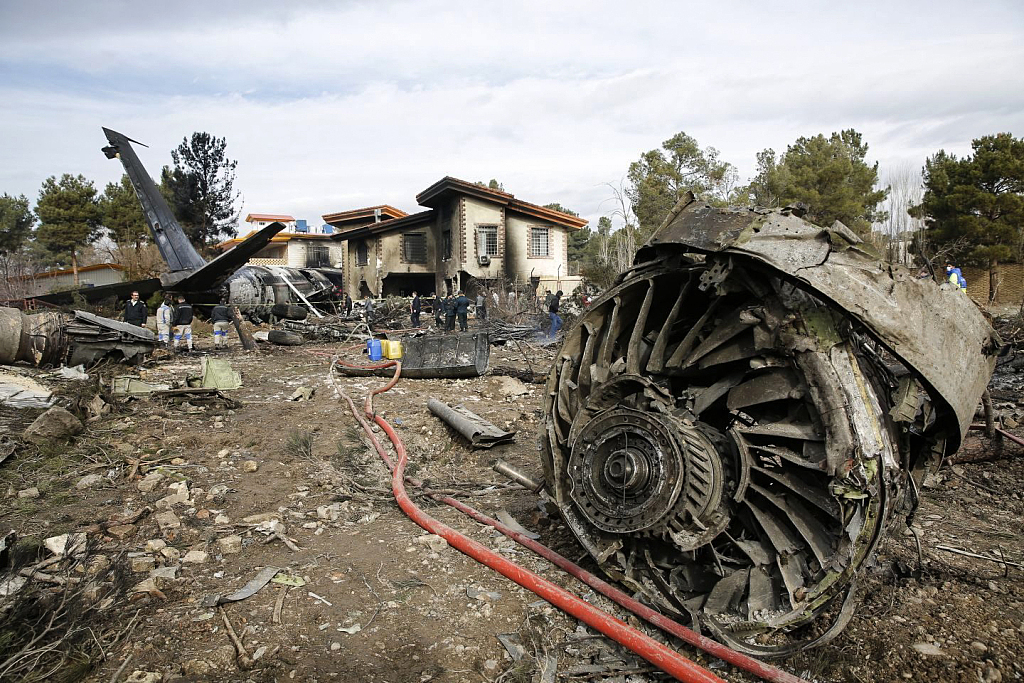 The plane, flying from Kyrgyzstan's capital Bishkek, was carrying a cargo of meat to Iran, according to an announcement by the Public Relations of the Iranian Army.

The announcement said the plane belonged to Kyrgyzstan. 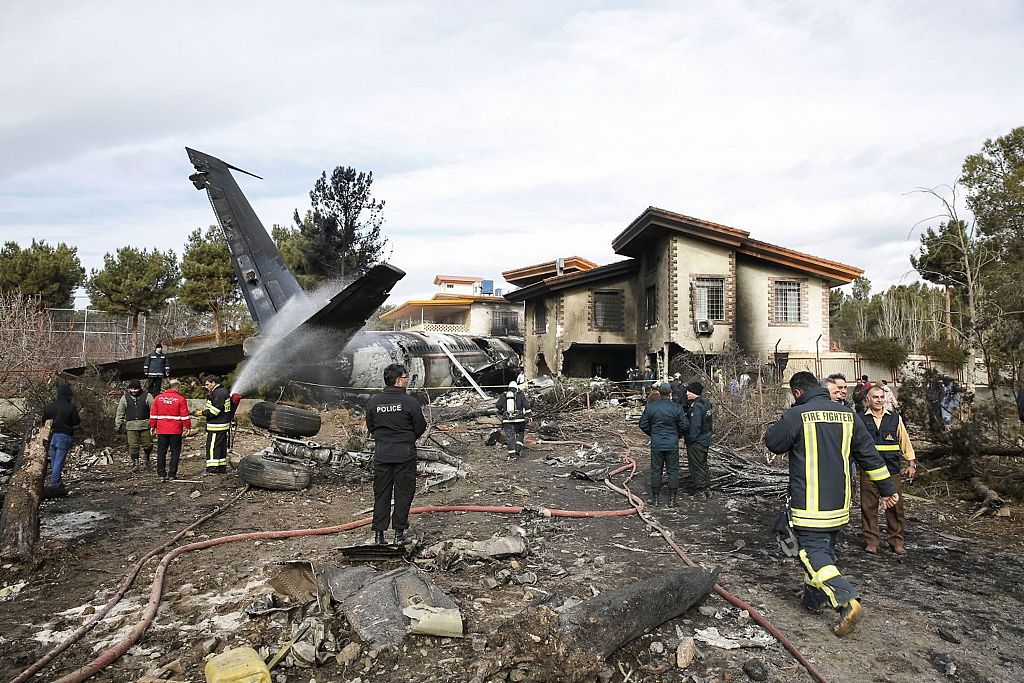