ADEN, Yemen, Sept. 24 (Xinhua) -- About 15 people were killed Tuesday in an airstrike launched by the Saudi Arabia-led coalition in Yemen's southern province of Dhalea, a military official told Xinhua. 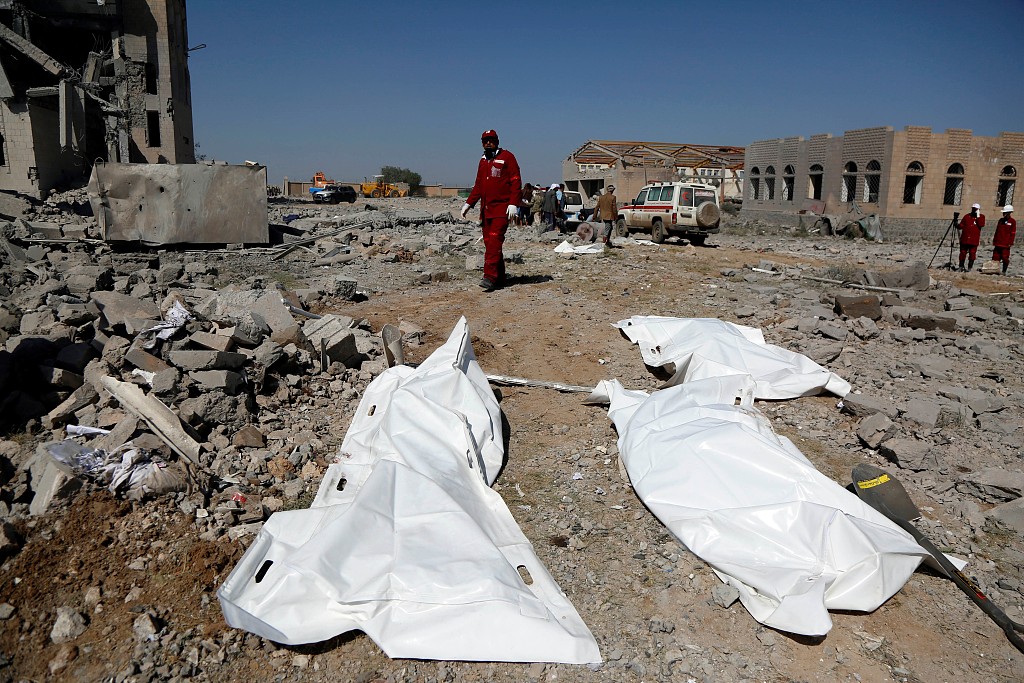 The military source who asked to remain unnamed said that "a fighter jet carried out an airstrike against a Houthi-controlled area but mistakenly struck a residential house in Qataba district located in the northwestern part of Dhalea."

"The airstrike missed the Houthis but destroyed the residential house and left around 15 civilians killed at the scene," said the source.

A medical team with two ambulances were dispatched to the site in Qataba district, he added.

Many local residents rushed to the site and are still searching the debris of the dead civilians.

There was no immediate comment from the Saudi-led military coalition regarding the airstrike report.

In April, the Iranian-allied Houthi fighters launched a series of intense armed attacks on the positions of Yemeni government forces and succeeded in seizing the district of Al Husha in the west of Dhalea.

The areas in the north and west of Dhalea, 138 km north of Aden, have been witnessing non-stop fightings between government forces and Houthi fighters for about four years.

Yemen has been plagued by a civil war since late 2014 after Houthi rebels revolted and forced the internationally-recognized government of President Abd-Rabbu Mansour Hadi into exile.