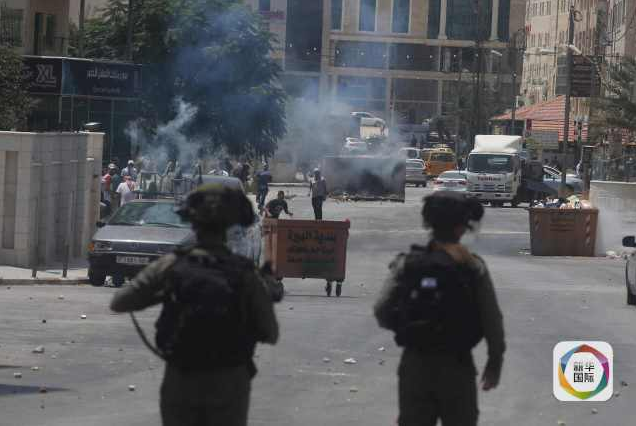 Palestinian sources said at least 15 Palestinians were injured on Friday during clashes between Palestinian demonstrators and Israeli soldiers in the Gaza Strip and the West Bank.

Ashraf al-Qedra, spokesman of the health ministry in Gaza, told reporters that Israeli soldiers used tear gas and live ammunition to disperse Palestinian demonstrators on the border between eastern Gaza and Israel, and eight were injured.

Meanwhile, the Palestinian Red Crescent Society said in a press statement that seven Palestinians were injured during clashes between Palestinian demonstrators and Israeli soldiers near the northern West Bank cities of Nablus and Qalqilia.

Since Dec. 6 when U.S. President Donald Trump declared Jerusalem as the capital of Israel, demonstrations and protests have been flaring up against the Jewish state in Gaza and the West Bank.

A total of 17 Palestinians have so far been killed and more than 4,000 injured during clashes with Israeli army and security forces.

Palestinian factions, including Hamas and Palestinian President Mahmoud Abbas' Fatah Party, have been calling for protests against Israel.

Earlier in the day, the Islamic Jihad called for another "day of rage" in the Palestinian territories for the cause of Jerusalem.

"Jerusalem will be and only be the capital of Palestine, and Israel or the Zionist entity is an entity that will vanish sooner or later," Khader Habib, a senior Islamic Jihad leader, told demonstrators in Gaza.