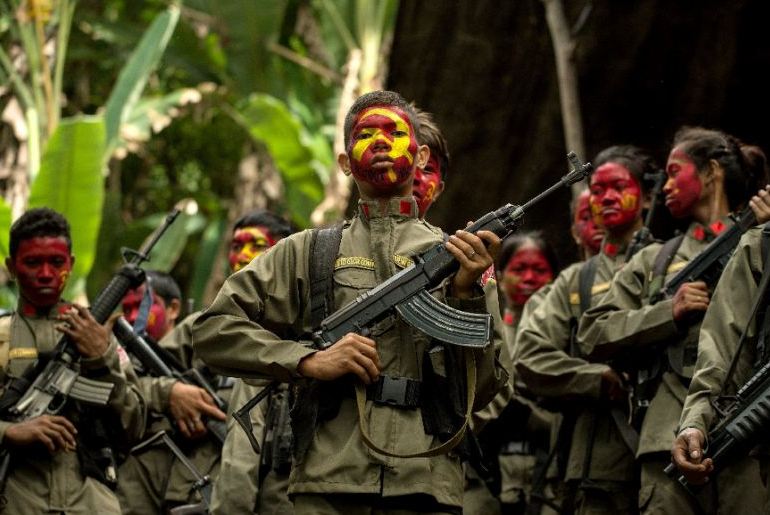 Fifteen suspected communist guerrillas including six women have been killed in a gun battle, the Philippine military said on Wednesday, days after President Rodrigo Duterte called off peace talks. Duterte last week vowed to go to war with the rebels and threatened to categorize them a "terrorist" group over deadly attacks against soldiers and police. Late Tuesday residents reported seeing armed men boarding a van and a truck in the town of Nasugbu 65 kilometers south of Manila, prompting authorities to send troops, said local military spokesperson Colonel Teody Toribio.When soldiers tried to flag down the vehicles on a highway, a gun battle broke out that left 15 suspected guerrillas dead, including a female university student, while five soldiers were wounded, added Toribio. One suspect was captured while an undetermined number escaped. Thirteen firearms were recovered, he said.Regional military chief Brigadier General Ernesto Ravina said the operation was "anchored on the pronouncement of the president on the termination of peace talks."One of the fatalities in Tuesday's clash was identified as a student of the premier state university. Toribio told AFP the military believed she was an  New People's Army  member and the suspects had been under surveillance for some time."What is she doing in a vehicle with those weapons of war?" Toribio said.