WORLD 15 vigilantes killed at night by gunmen in southern Thailand

15 vigilantes killed at night by gunmen in southern Thailand 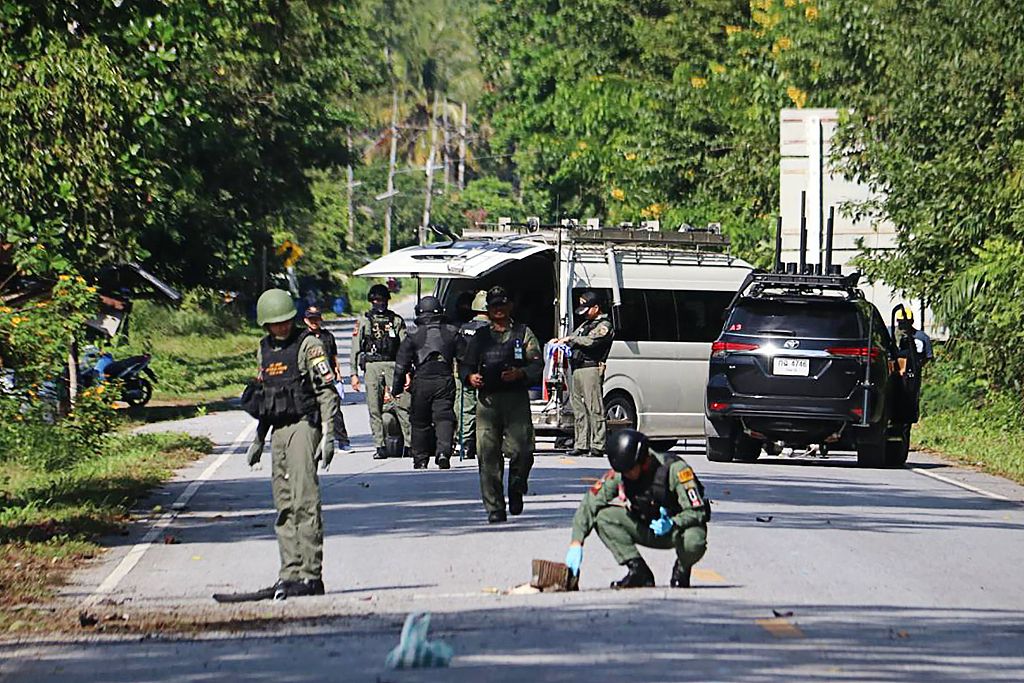 Members of a bomb squad inspect the site of an attack by a group of unknown gunmen in Yala province on November 6, 2019. (Photo: VCG)

Eleven of the vigilantes of Thung Sadao village in Lam Phaya community in the capital district of the southern border province of Yala were found dead at a roadside sentry box, and four others were pronounced dead at hospital, said the police source attached to the National Police headquarters.

About a dozen of unknown gunmen sneaked up in the dark from a rubber plantation behind the sentry box at about 11.20 p.m. on Tuesday and fired on the unaware vigilantes.

They made off with several shotguns and other weapons of the assaulted vigilantes and set fire on tires on the road before leaving the scene.

Authorities were stepping up security measures and hunting for the unknown assailants in the southernmost province.