CHICAGO, Dec. 1 (Xinhua) -- The 15-year-old U.S. student accused of killing four students and injuring seven at a Michigan high school has been charged as an adult with four counts of first-degree murder and terrorism. 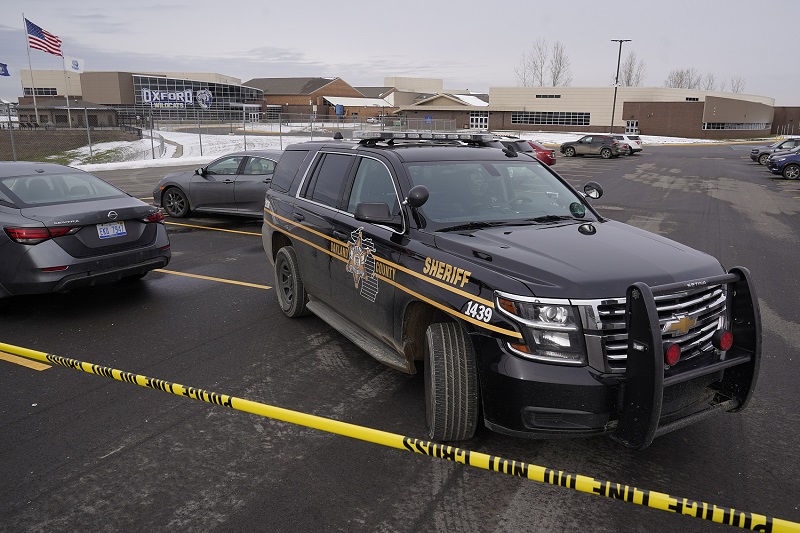 Oakland County Prosecutor Karen D. McDonald said at a news conference on Wednesday that the alleged actions by the suspect fulfill the requirements for a terrorism charge, local media reported.

A video from the Oxford High School surveillance cameras shows Ethan Crumbley is seen with a backpack early Tuesday afternoon, and one or two minutes later he exited the bathroom without the backpack but with a gun in hand.

He "methodically and deliberately" walked out of the hallways aiming the firearm at students and firing, said Michigan prosecutors.

The motive of his shooting remains unknown. Police are still investigating the case.