WORLD 154 mln LAC children temporarily out of school due to COVID-19: UNICEF

154 mln LAC children temporarily out of school due to COVID-19: UNICEF 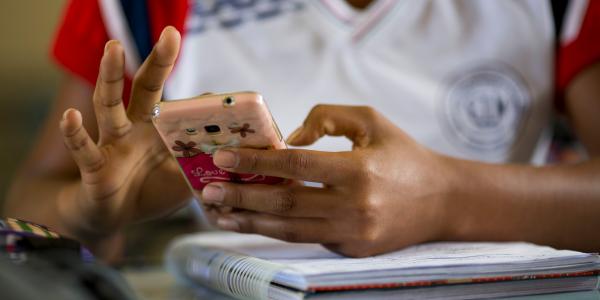 UNITED NATIONS, March 23 (Xinhua) -- In Latin America and the Caribbean (LAC), over 154 million children, or about 95 percent of the enrolled, are temporarily out of school due to the COVID-19, the United Nations Children's Fund (UNICEF) said Monday.

"About 90 percent of early childhood centers and pre-primary, primary and secondary schools in Latin America and the Caribbean will stay closed for the next few days or weeks and this percentage is quickly growing," said a UNICEF press release.

"This situation, which could last longer than initially planned, increases the risk of permanent dropout, especially for the most vulnerable children," it said.

The UNICEF said it is urgent to take measures to avoid the interruption of education and guarantee access to continued and flexible distance learning modalities for all children at home, including those without internet access or living with a disability.

"This is an unprecedented educational crisis in the recent history of Latin America and the Caribbean," the statement quoted UNICEF LAC Regional Director Bernt Aasen as saying.

"If school closure is further extended, there is a great risk that children fall behind in their learning and we fear that the most vulnerable students will never return to school. It is vital that they do not stop learning from home," he said.

Aasen suggested applying all available tools and channels, whether through radio, television, internet or cell phones to continue their study and called for "a joint effort of governments, the private sector, parents and children" to face this challenge.

The UNICEF also warned of the interruption of access to other important basic services related to closure of schools, such as school meals, recreational programs, extracurricular activities and pedagogical support.

This week, the UNICEF and its partners will launch the regional outreach campaign #LearningAtHome through their digital channels to provide families and educators in the region with free educational and entertainment tools, as well as tips and examples of good health and hygiene practices, according to the press release.