At least 16 people are dead after torrential rain in Japan triggered massive floods and mudslides, local media said Sunday,  as rescue workers sift through debris in search of a dozen missing. 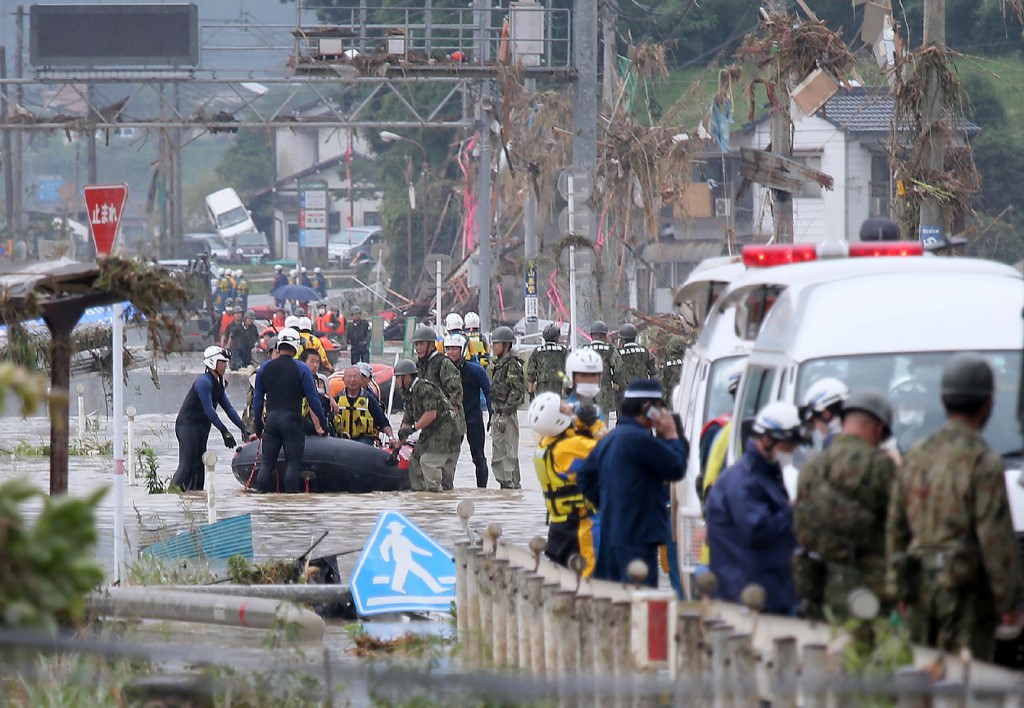 The floods in Kumamoto region on the southwestern island of Kyushu have destroyed houses, swept away vehicles and caused bridges to collapse, leaving many towns submerged and communities cut off.

More than 200,000 people have been ordered to evacuate as authorities urge those in emergency shelters to wash their hands and maintain a social distance to prevent the spread of the coronavirus.

"We will do our utmost to prevent the spread of the infection and make lives of those who had to flee their home as comfortable as possible," Disaster Management Minister Ryota Takeda told reporters after visiting a gymnasium in Hitoyoshi city where 600 residents are sheltering.

In addition to the 16 dead, national broadcaster NHK said another 20 were in a state of "cardio-respiratory arrest", a term often used in Japan before a doctor officially certifies death.

They include 14 residents of a nursing home which was flooded after a nearby river broke its banks on Saturday.

Officials at the regional government and municipal offices, which have been directly affected by the disaster, could not immediately confirm the reported deaths.

Communities along the Kuma River, which passes through Hitoyoshi, have been hit hard by the floodwaters.

Although the rain had eased in Kumamoto by Sunday morning, collapsed bridges and blocked roads due to flooding and mudslides have left many isolated in the region.