WORLD 16 injured in stampede at New York amid shooting scare

16 injured in stampede at New York amid shooting scare 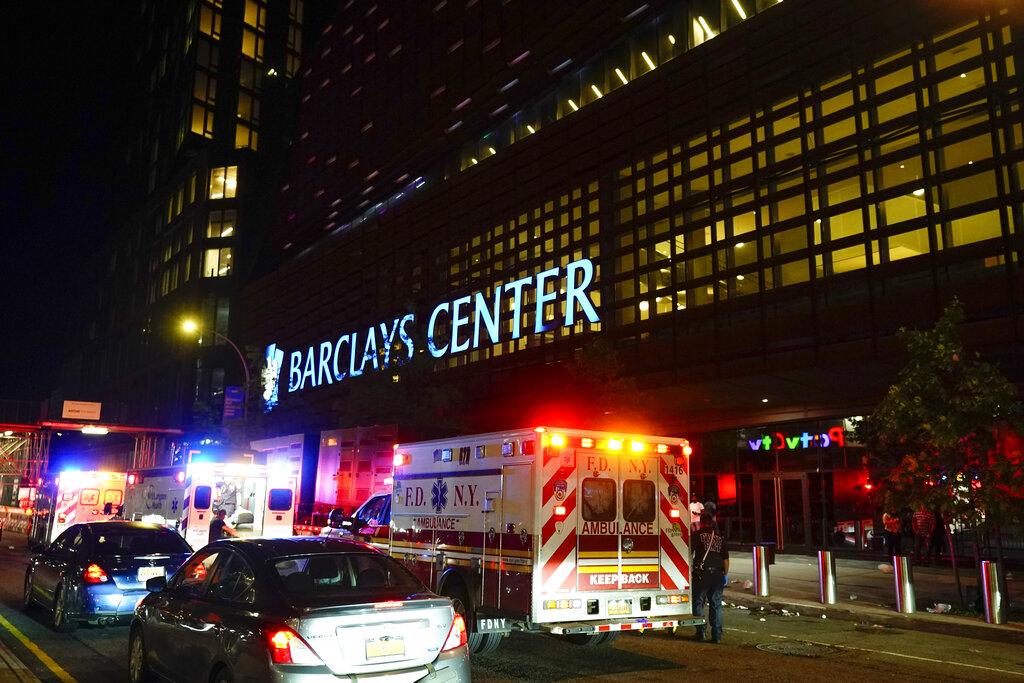 Ambulances gather outside of Barclays Center after a WBA lightweight championship boxing bout Sunday, May 29, 2022, in New York. (Photo: AP)

Sixteen people were injured at the Barclays Center in New York City on Sunday morning after false reports of an active shooter spread through the crowd at a boxing match.

A stampede occurred around 1:05 a.m. as the Gervonta Davis-Rolando Romero boxing match was wrapping up, according to a New York City Police Department (NYPD) spokesperson.

Seven people were transported to local hospitals, and the remaining nine injured were treated on-site by medical staff, the NYPD said. It's unclear what exactly prompted the report of an active shooter.