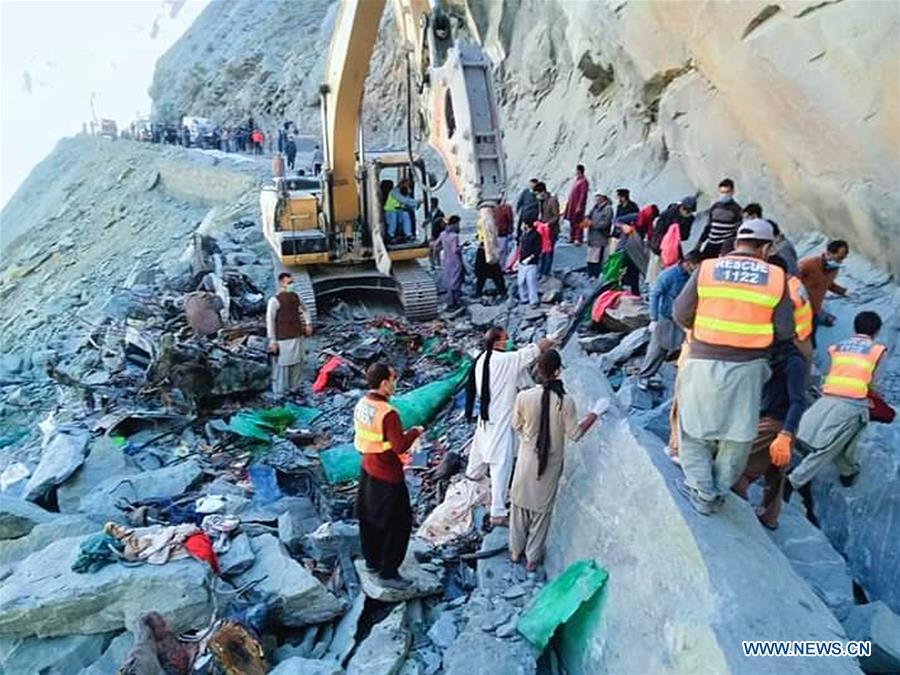 The bus was on its way to Skardu from east Rawalpindi district when it was struck by the land sliding at about 3:00 a.m. local time, the DC said, adding that all people onboard got killed and their bodies have been retrieved from the rubbles.

He said that the passengers were local residents of Skardu who were returning home from Rawalpindi.

"The land sliding happened in a remote area, miles away from residential settlement, so there was no loss of life or property except of the ill-fated vehicle and its passengers."

Sources from Skardu told Xinhua that the passengers included women, kids and soldiers who were on their way home to spend holidays.

The bodies have been shifted to a nearby hospital from where they will be handed over to their relatives, meanwhile the area is being cleared for traffic, the DC said.

Land sliding often happens in the Gilgit-Baltistan region owing to its mountainous terrain.

Talking to Xinhua about the incident, Rashid Bilal, spokesperson of Pakistan meteorological department said that lately there have not been enough rains in the area to cause land sliding, and the possible reason of the accident might be the slow meltdown of the ice in the affected area as the region is receiving good sunlight due to clear weather. Enditem 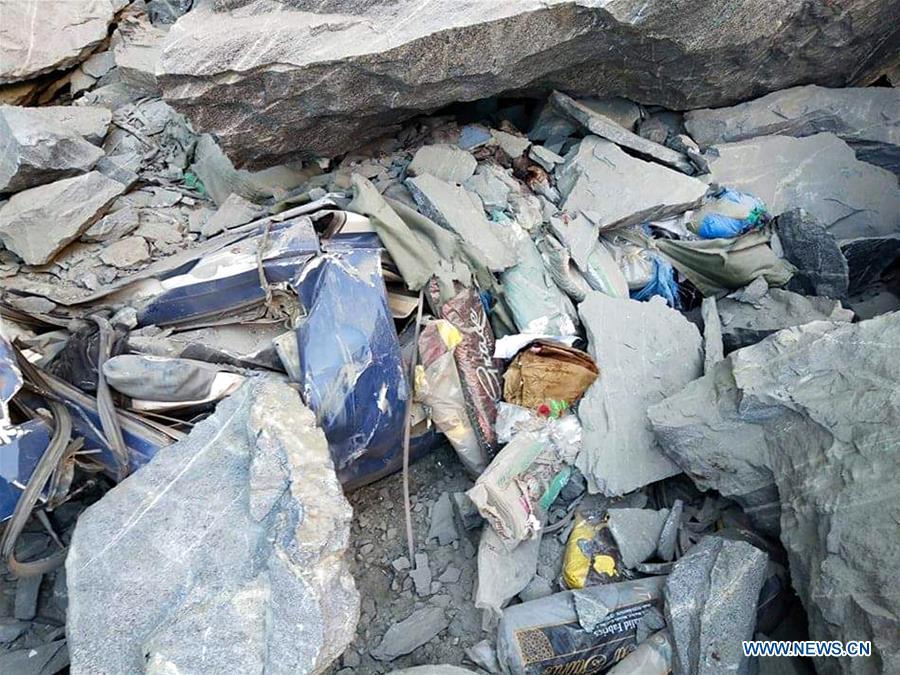 Photo taken with mobile phone shows wreckage of a destroyed bus at a landslide site in Skardu district of Pakistan's northern Gilgit-Baltistan region on Oct. 18, 2020.