WORLD 17 killed by crocodiles in NE Tanzania since January

17 killed by crocodiles in NE Tanzania since January 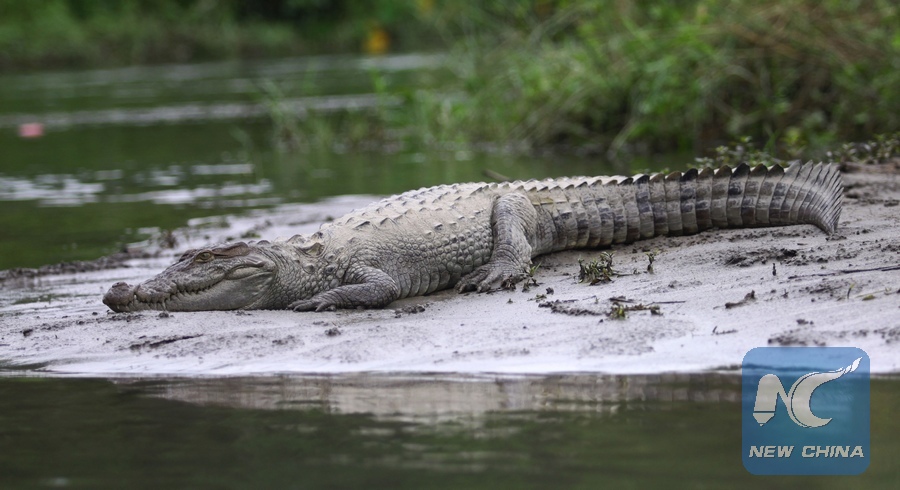 A crocodile rests on the bank of Rapti river near Chitwan National Park at Sauraha, one of the finest tourist destinations in Chitwan, Nepal, Sept. 10, 2016. (Photo: Xinhua)

At least 17 people killed, and several others injured by crocodiles on the banks of Zigi River since January in north-eastern Tanzania's district of Muheza, an official said on Tuesday.

Jane Madege, Muheza district forestry officer confirmed the deaths, and blamed villagers for ignoring the government's warnings to stay away from the river.

"We've been asking people not to engage in any activities within 60 meters from Zigi River because apart from exposing themselves to the crocodiles, it is also against the environmental protection law," said Madege.

An MP for Muheza, Adadi Rajabu also confirmed that most of the victims were attacked by the reptiles while fetching water at the Zigi river.

On behalf of the villagers, Issa Hamza blamed district leaders for their failure to address crocodiles' problem within Zigi River.

"I doubt if these leaders care about us because we've informed them several times about the dangers caused by crocodiles but no actions have been taken," he complained.

He said that people, particularly women and girls fall prey when fetching water for domestic use, suggesting the need for the government to provide piped water in villages close to the river.

This came a few days after a crocodile killed and ate a pregnant woman when bathing on the shores of Lake Tanganyika in western Tanzania's region of Rukwa.

Early this year, the Tanzanian government announced a plan to carry out a countrywide census for hippopotamus and crocodiles in an effort to scale up conservation of the wild animals.