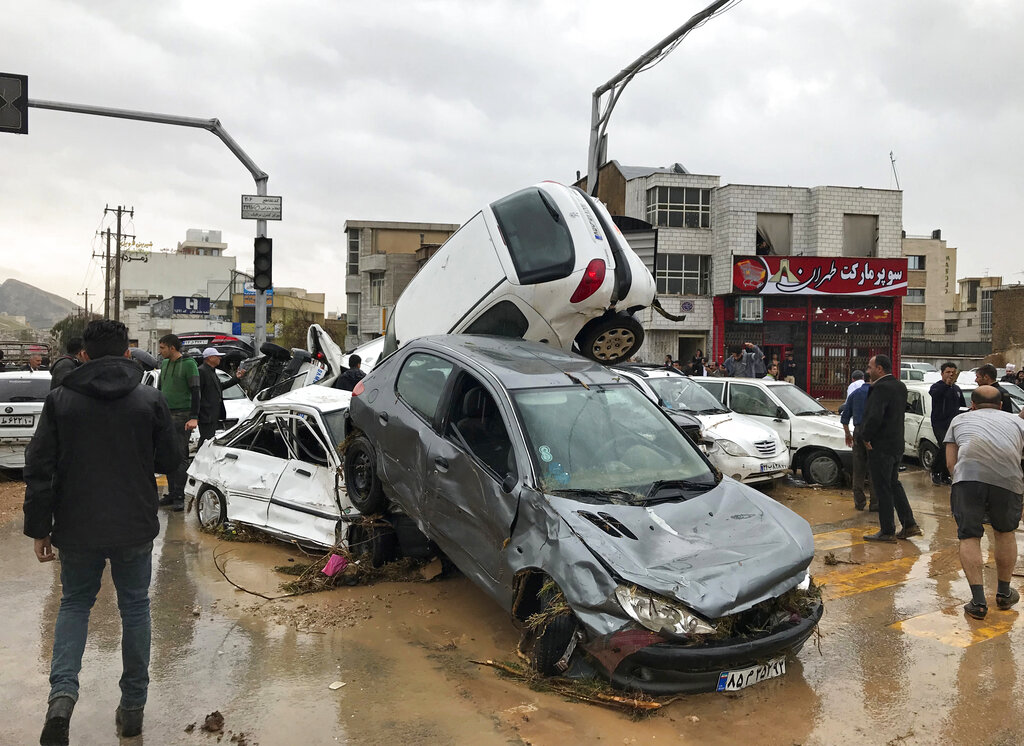 Vehicles are piled up on a street after a flash flood in the southern city of Shiraz, Iran, Monday, March 25, 2019. (Photo: AP)

In the incident, at least 74 others were injured, according to the Emergency Organization of Iran, the report said.

Footage from the state TV and social media showed that flood was washing away the cars, including those of the visitors who are in Shiraz for the Iranian new year holiday.

IRNA put the number of damaged cars by the flood at around 200.

Some areas in southwestern Khuzestan province witnessed rainfall amount of over one month in few hours.

According to local officials in Khuzestan, the overflow of rivers claimed the lives of two children.

Authorities have issued warnings for the public not to attempt to drive across the roads and riversides in the next 48 hours.