WORLD 17 killed in clashes between police, criminals in Brazil

17 killed in clashes between police, criminals in Brazil 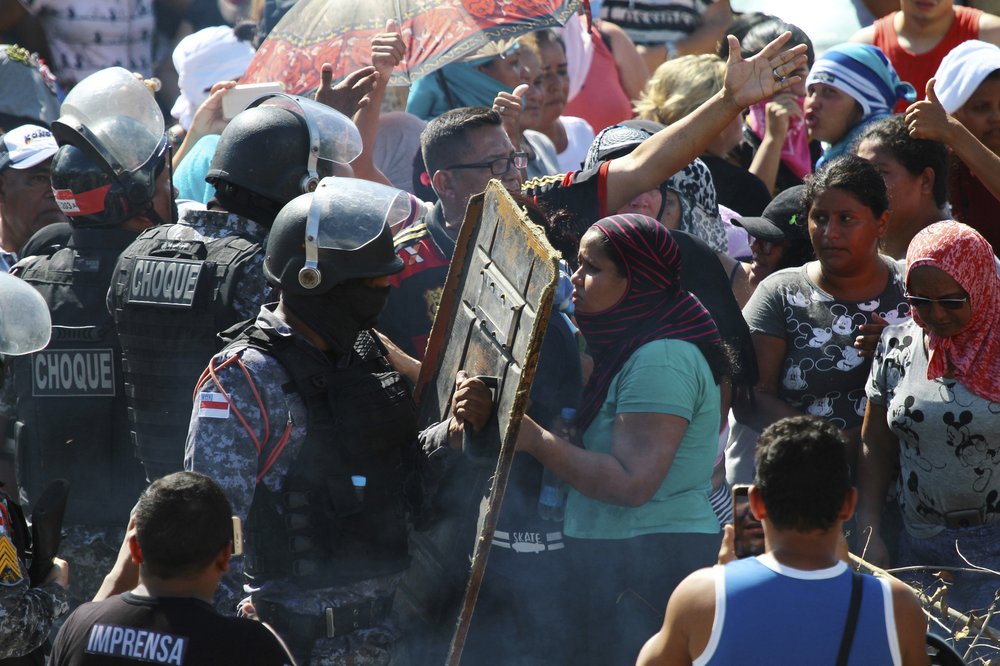 Relatives argue with police for more information outside the Anisio Jobim Prison Complex where a deadly riot erupted among inmates in Manaus in the northern state of Amazonas, Brazil, Sunday, May 26, 2019. (Photo: AP)

According to the state public security department, the drug traffickers were preparing to attack rivals to take control of drug-selling positions in the city.

The police said they had received an anonymous call about the arrival of a truck with about 50 armed people.

About five military police teams went to the place and exchanged fire with the criminals.

Military police commander-general Ayrton Norte said the operation "is to show that we are prepared ... We are going to end organized crime."

Police have also seized 17 weapons, including revolvers and high-caliber weapons.