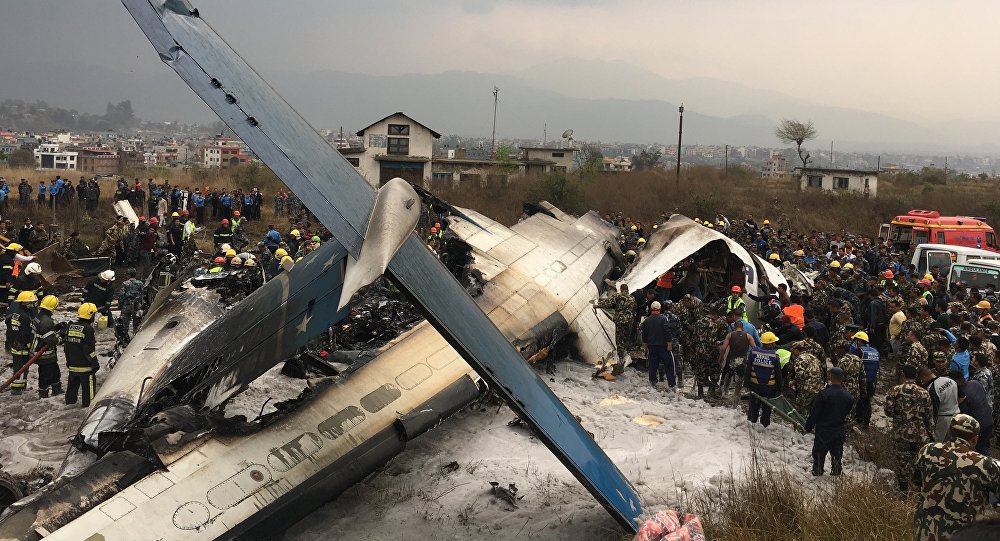 JUBA, Aug. 22 (Xinhua) -- At least 17 people were killed and one survived after a cargo plane crashed after takeoff from Juba airport in South Sudan on Saturday morning, witnesses said.

Joseph Mayom, assistant professor at Upper Nile University told Xinhua by phone that a passenger who survived the incident was rushed to hospital in critical condition

"According to what I have witnessed, one person was rescued after screaming in pain and was immediately taken to the hospital. We have counted 15 people and two crew members, bringing the total to 17," Mayom told Xinhua.

He said the cargo plane belonging to South West Aviation crashed after takeoff near Hai Referendum residential area in Juba, noting that the plane was still burning as the crowd scrambled over scattered cash.

Kur Kuol, director of Juba International Airport, confirmed the 9.00 am plane crash, noting that the plane was en route to Aweil and Wau to deliver staff salaries for an organization.

"There are no more details I can give you right now but what I know is that it was a cargo plane carrying motorbikes, spare parts, food items, and NGOs staff salaries but there were no more people onboard," Kuol told Xinhua.

He said the aviation authorities will investigate the cause of the accident.

"The cargo manifest is in front of me now and the items listed in its indicated salaries, motorbikes, tyres, batteries, fruits, spare parts and food items. The names and number of the crew members were excluded," he added.

Kuol said the airport authorities don't have the exact number of people who have died nor the survivors, adding that they will be able to provide details once the officials establish clear information.

In 2018, a plane belonging to South West Company crashed in eastern Lakes Regions in South Sudan, killing 17 people on board.

Following the incident, South Sudanese President Salva Kiir in April 2019 banned planes spanning 20 years of service from transporting people, limiting them to cargo in a bid to curtail air accidents.