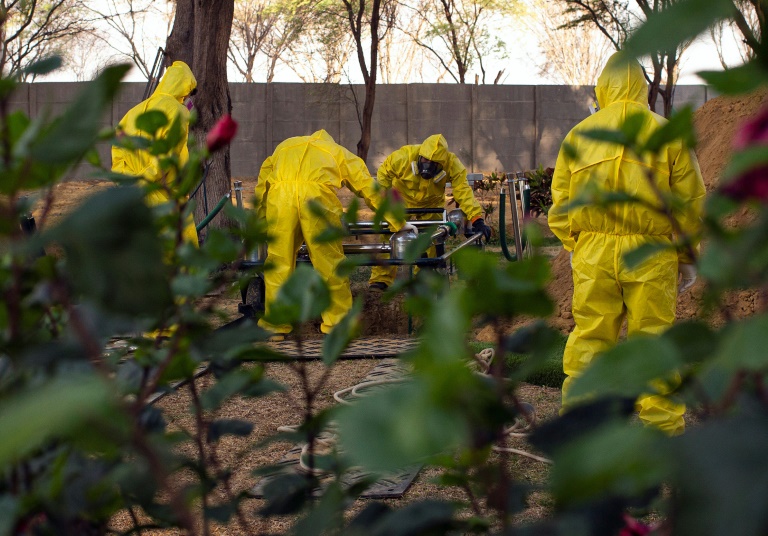 Authorities admitted earlier this week that at least 1,300 officers had been infected by COVID-19.

On Saturday new interior minister Gaston Rodriguez, who was sworn in a day earlier after the sudden resignation of his predecessor when the infections tally emerged, said: "We have 17 deceased police officers nationwide, 11 of them in Lima."

The high number is linked to "the exposure that police officers have when intervening with people who violate the measures issued to contain the spread of the coronavirus," state news agency Andina said Saturday.

Peru has been on lockdown since March 16.

Rodriguez said his department had allocated 50 million soles ($15 million) "for the purchase of protection elements such as masks and gloves" for Peru's police.

He added that roughly 220,000 COVID-19 tests for the force were due to arrive by the first week of May.

"We have an obligation to take care of them," said Rodriguez. "The police must be well equipped."

Peru has recorded more than 25,000 infections and 700 deaths so far, according to a count by Johns Hopkins University in the United States.