174 Palestinians injured in clashes with Israeli soldiers in West Bank 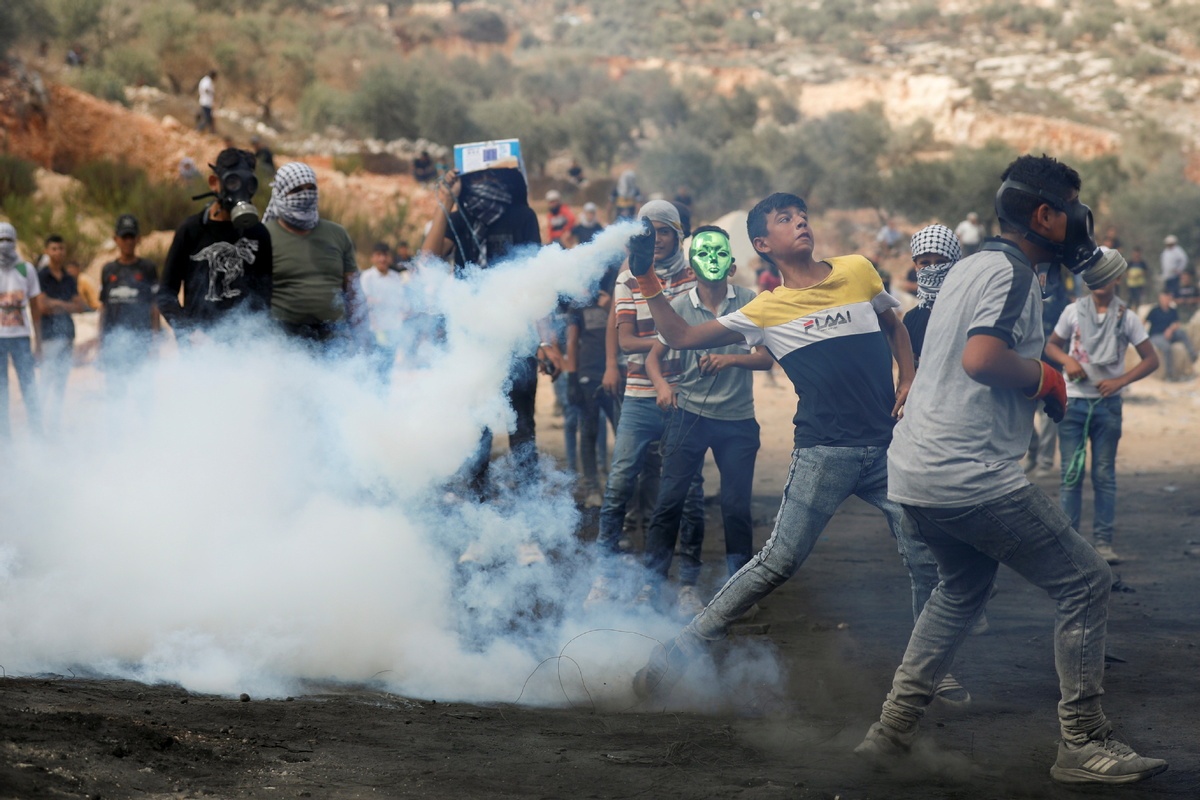 Palestinian demonstrators clash with Israeli forces during a protest in solidarity with prisoners following the escape of six Palestinian militants from an Israeli prison, in Beita, in the Israeli-occupied West Bank, September 10, 2021. (Photo: Xinhua/Agencies)

RAMALLAH - At least 174 Palestinians were injured on Friday during clashes with Israeli soldiers in the West Bank as protesters were showing their support for the Palestinians incarcerated in Israeli prisons, the Palestinian Red Crescent Society said in a statement.

Among the injured, the statement said, 25 were wounded by rubber bullets, adding that an ambulance driver and a photojournalist were also injured in the clashes.

The rest of the injured suffered from pains after inhaling tear gas fired by the Israeli soldiers to disperse the demonstrators in the villages of Beita, Huwara and Beit Dajan near the northern West Bank city of Nablus.

Thousands of Palestinians participated in a demonstration called "a day of rage" to show solidarity with six Palestinian prisoners who broke out of an Israeli prison earlier this week. The protesters went to the Israeli army checkpoints and roadblocks, confronting the Israeli soldiers.

Eyewitnesses said the protesters threw stones at Israeli soldiers who fired teargas and rubber bullets to disperse them.

The tension between Israel and the Palestinians has been mounting since the escape of the Palestinian prisoners on Monday from the Gilboa Prison in northern Israel through a tunnel they dug.

Israel's security forces said on Friday night they captured two of the prisoners near the city of Nazareth in northern Israel.

The Israeli police believe the other four escapees have managed to reach "Area A," areas in the West Bank that are under full civil and security control by the Palestinian Authority.