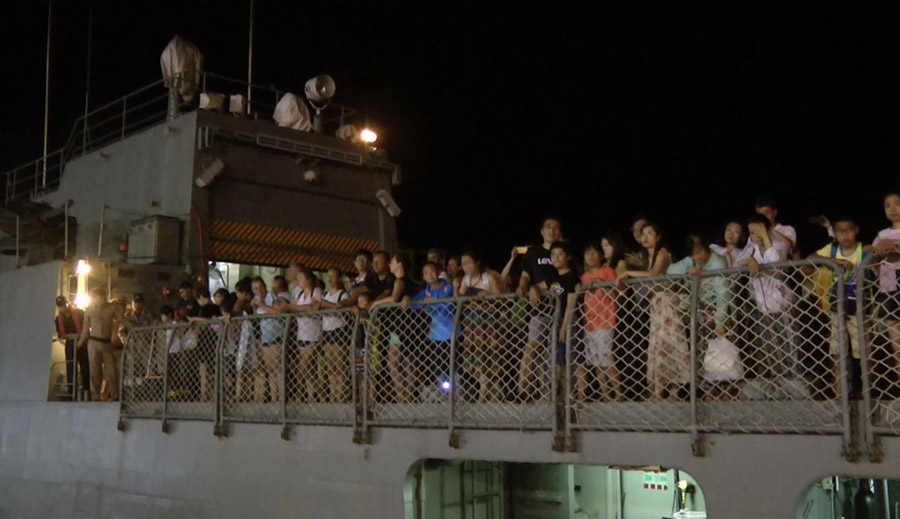 177 tourists are on the warship dispatched by the The Third Naval Area Command to rescue them on Wednesday. (Photos from The Nation website of Thailand) 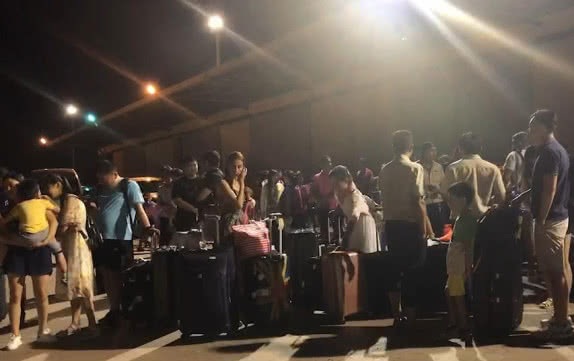 Tourists returned to the Phuket Deep Sea Port of Thailand on Wednesday.

The tourists included Chinese and Russian citizens, and were unable to leave from sea waves several meters high around the island.

The Third Naval Area Command dispatched a warship to rescue the tourists, and transferred them to the Phuket Deep Sea Port.

Thai officials said tourists should find out about weather conditions in the Andaman Sea before going out to sea.