18 killed in Iraq as protests persist 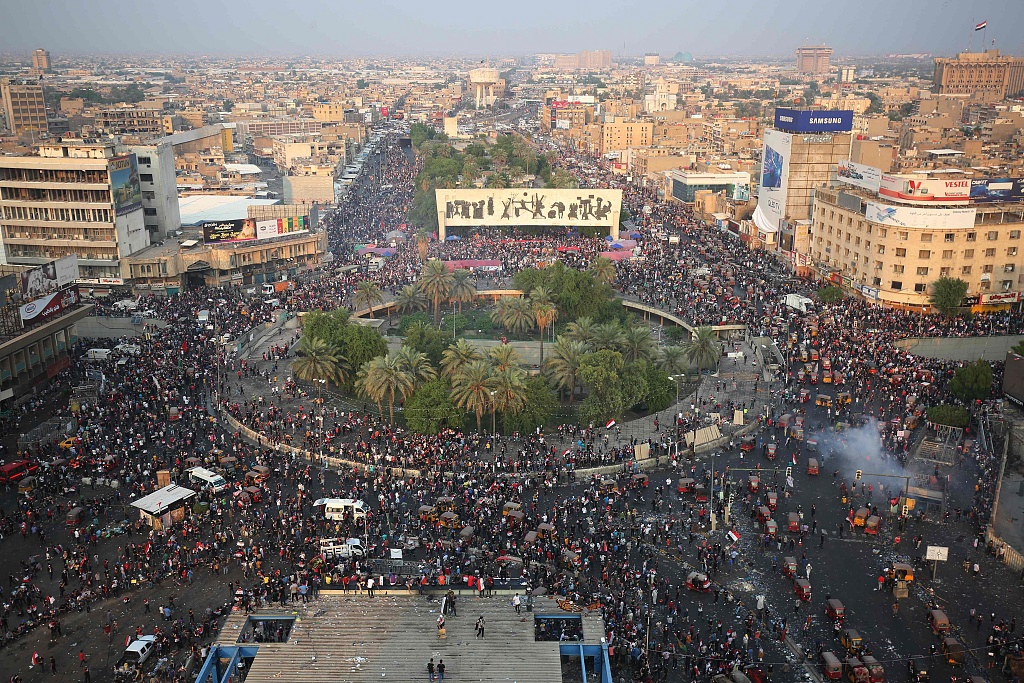 At least 18 people were killed and hundreds wounded overnight in the Iraqi city of Karbala after security forces opened fire on protesters, according to reports on Tuesday.

Iraq declared a curfew in Baghdad on Monday, but protesters in the capital's central Tahrir Square remained defiant.

The curfew provides cover for security forces to clear the square, demonstrators said, but they intended on going nowhere.

The unrest, driven by discontent over economic hardship and deep-seated corruption, has broken nearly two years of relative stability in Iraq, which from 2003 to 2017 endured a foreign occupation, civil war and an ISIL insurgency.

"Abdul Mahdi must go to the parliament and announce early elections to be overseen by the United Nations," Sadr said in a statement. He also called on existing political parties not to run.

Mass street protests in Baghdad and other cities in the south flared at the start of the month and resumed on Friday after a pause of about two weeks.

Thousands of protesters gathered in Tahrir Square on Sunday, defying a bloody crackdown that had killed scores over the previous two days and an overnight raid by security forces seeking to disperse them.

OPEC member Iraq boasts abundant oil reserves, but many Iraqis live in poverty or have limited access to clean water, electricity, basic healthcare and education. The country is still struggling to recover from years of conflict since 2003.

Iraqis blame a political elite they say is subservient to one or another of Baghdad's two main allies, the US and Iran. Many suspect these powers use Iraq as a proxy to pursue their struggle for regional influence, without concern for the needs of ordinary people.

Parliament passed measures on Monday aimed at placating the protesters but many said this was too little too late.

The measures included reduced salaries for officials, the formation of a committee tasked with drafting constitutional amendments within four months, and the dissolution of all provincial and local councils outside the semi-autonomous Kurdistan Region of Iraq.

Despite promising reforms and ordering a broad reshuffle of the cabinet, Abdul Mahdi has so far struggled to address the demonstrators' complaints.

Political alliances backing his ruling coalition have begun to fracture, with Sadr's bloc saying on Saturday it would go into opposition until protesters' demands were met.

The Saeroon bloc, an alliance of Sadr's followers, communists and other parties, is the largest in Iraq's fragmented parliament with 54 seats out of 329.

Abdul Mahdi warned on Thursday that any collapse of the government would drag Iraq into deeper turmoil.