180 migrants allowed to dock in Sicily 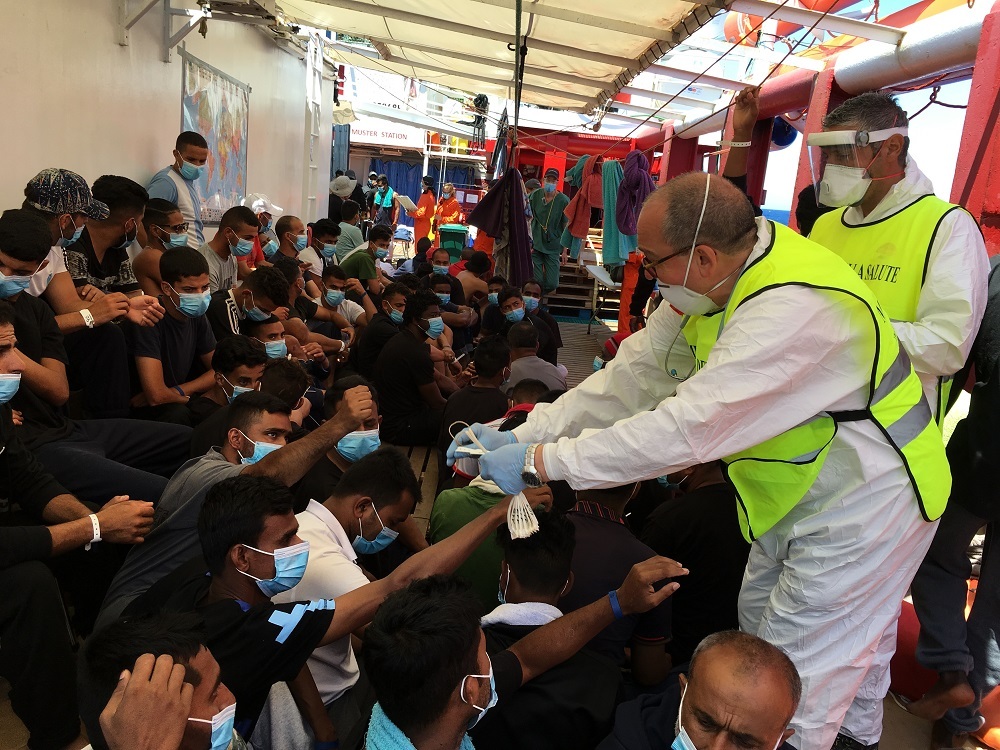 A weeklong standoff between the Italian government and a humanitarian group that carries undocumented migrants into Europe has ended with Rome backing down and agreeing to allow the 180 people aboard the charity's rescue boat to disembark on the island of Sicily.

The migrants on the Ocean Viking had originally been in four separate groups that left Libya in boats with the intention of crossing the Mediterranean Sea and landing in either Italy or Malta, from where they could potentially access the European Union.

The migrants were picked up between June 25 and June 30 by the crew of the Ocean Viking, which patrols the waters off Libya in search of people in small boats attempting to make the journey－a crossing that at least 110,000 people attempted last year. The International Organization for Migration estimates that around 1,200 of those may have died making the attempt.

The group that operates the Ocean Viking, SOS Mediterranee, said on Friday it feared for the safety of both migrants and crew after a series of fights broke out and after some threatened suicide while waiting for permission to land.

A spokesperson for the charity told Agence France-Presse on Sunday: "We have received instructions from the Italian maritime authorities to disembark those on board in (the Sicilian port of) Porto Empedocle."

SOS Mediterranee said on Twitter the "unnecessary delay of this disembarkation" had "put lives at risk". A doctor who works for the charity told AFP, which has a correspondent on the vessel, the migrants were facing "enormous psychological discomfort" on the ship.

The medic said the situation was "almost out of control, for guests and crew".

The BBC reported that the migrants, who hail from nations including Eritrea, Nigeria and Pakistan, had been tested for novel coronavirus infection and will be required to complete 14 days of quarantine before they are taken to asylum-seeker centers for initial processing of their requests to remain in Europe. Most will likely be accommodated in the Moby Zaza, a ship moored in Porto Empedocle that the Italian government uses to house migrants while their requests are processed.

The group is almost entirely comprised of young men, with 25 minors among them and only two women.