WORLD 19 dead in Siberia after bus plunges onto frozen river

19 dead in Siberia after bus plunges onto frozen river 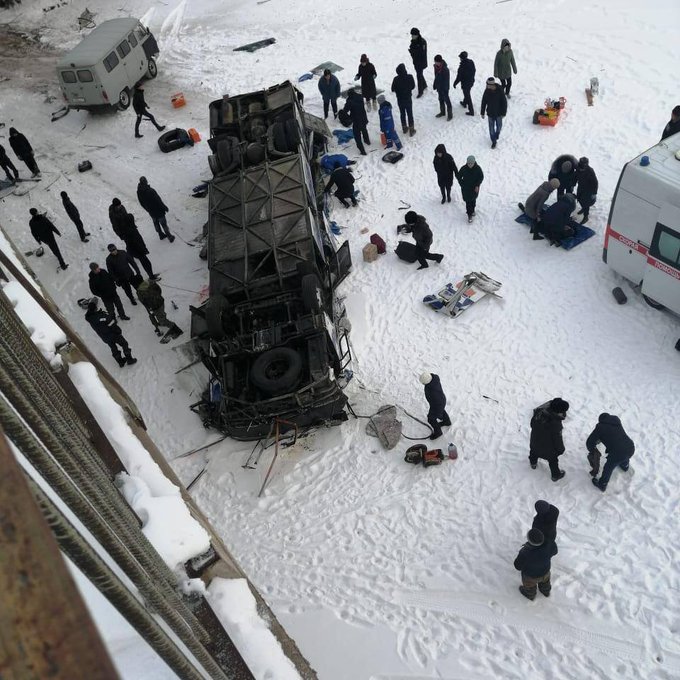 Russian emergency officials say 19 people were killed when their bus plunged off a bridge onto a frozen river in eastern Siberia.

Another 22 people were injured in the Sunday accident, Russian news agencies cited the Emergencies Ministry as saying.

Initial investigation indicates that a front wheel on the bus failed as it was crossing a bridge over the Kuenga River about 4,900 kilometers (3,100 miles) east of Moscow.

The coach-style bus landed upside down on the ice, collapsing the passenger compartment.