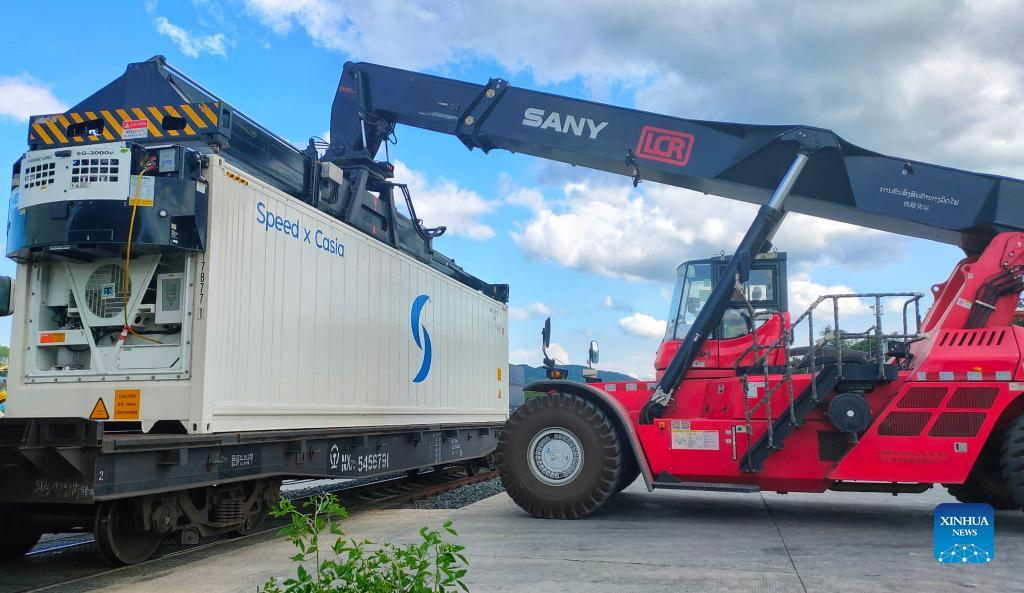 A container of fruits from Thailand is transported from China-Laos Railway cargo train to a truck at Nateuy Station in Luang Namtha Province, Laos, April 1, 2022. (Photos by Gao Jiabing/Xinhua)

VIENTIANE, April 2 (Xinhua) -- Fruits from Thailand have been shipped to southwest China's Yunnan Province by the China-Laos Railway for the first time from the Lao capital Vientiane.

This batch of Thai fruits, 40 tons of durians and 20 tons of coconuts, which arrived in Vientiane from Thailand days ago, departed from the Vientiane South Station of the China-Laos Railway and reached the Nateuy Station in Luang Namtha Province on Friday, which borders China's Yunnan Province.

The fruits were transited to trucks in Nateuy Station, some 360 km north of Vientiane, and crossed border to China by road.

This is the first time that Thai agricultural products have been transported to China by the China-Laos Railway.

The Laos-China Railway Co. Ltd., a joint venture based in Vientiane responsible for the operation of the Lao section of the China-Laos Railway, expects that more high-quality produce from Thailand will be delivered to China and even Europe through the cross-border railway in the future, which further highlights the importance of the China-Laos Railway in driving regional economic development. 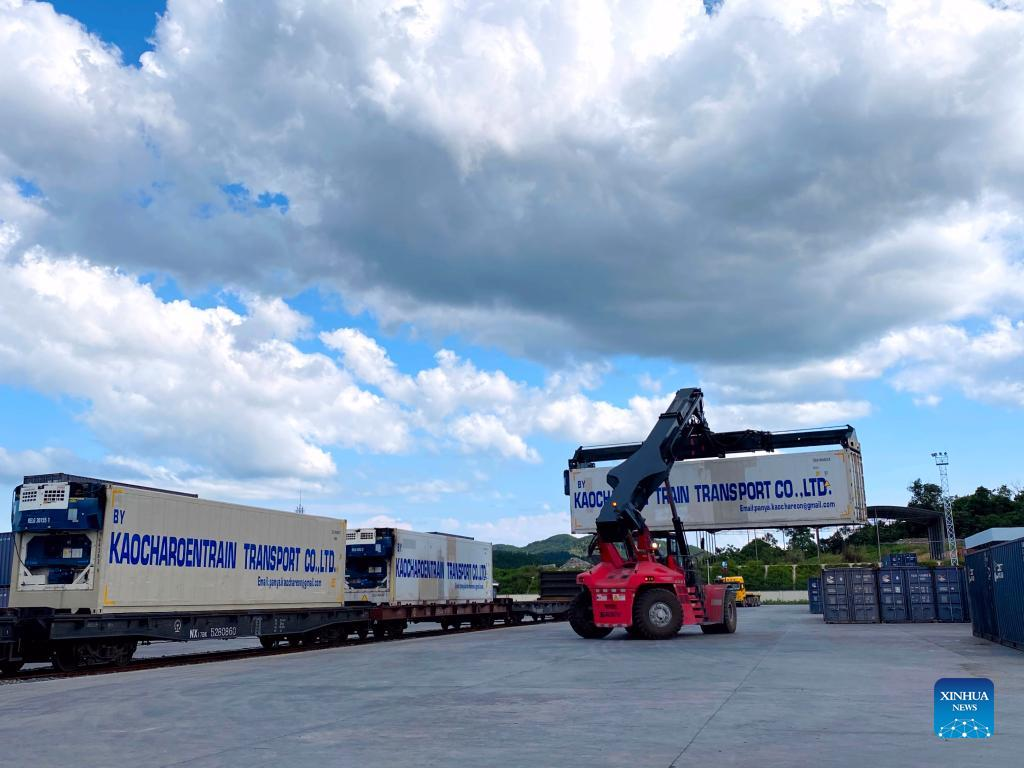 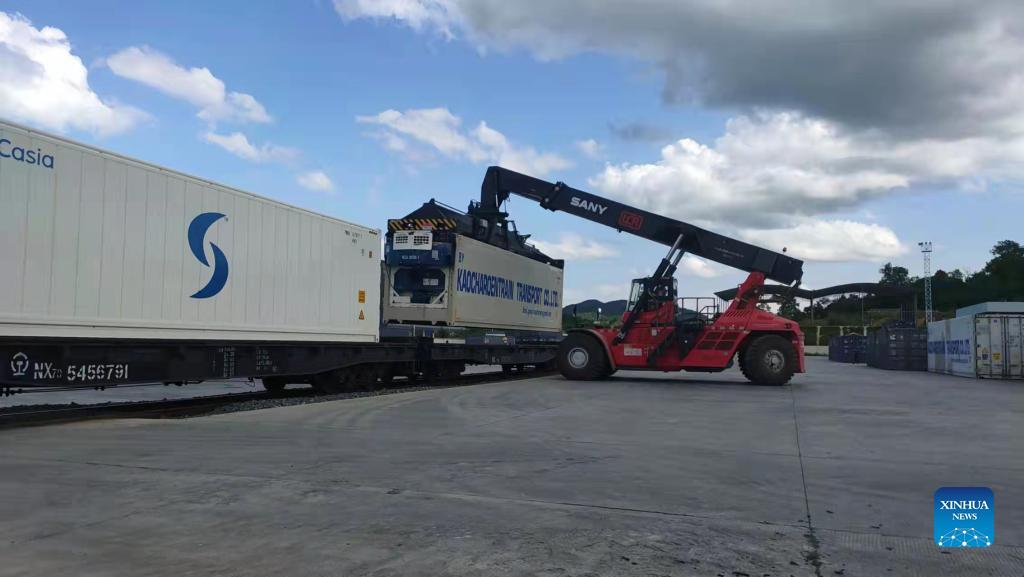 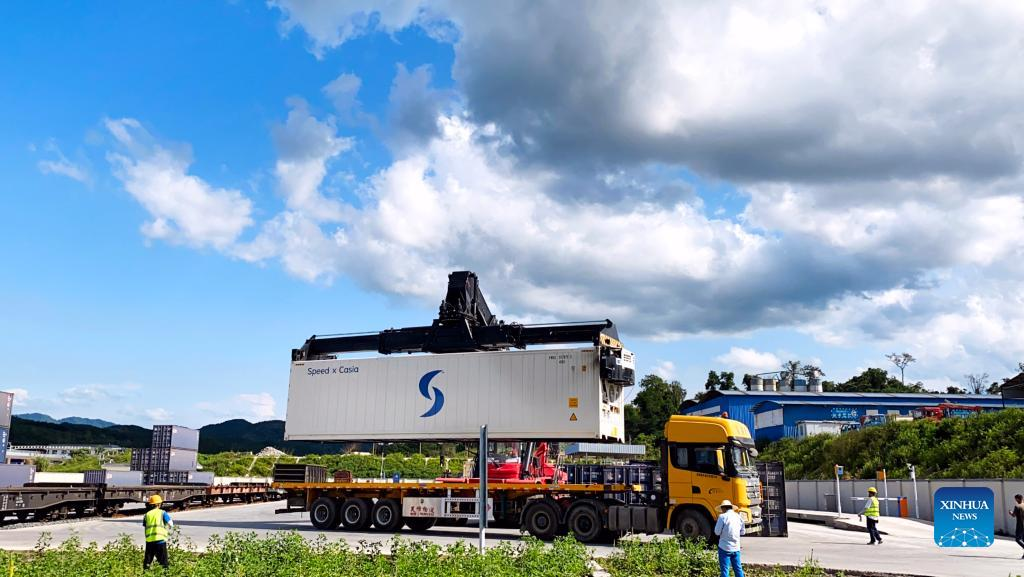