WELLINGTON, Feb. 28 (Xinhua) -- The first case of COVID-19 was confirmed in New Zealand as a patient was tested to have the virus, Prime minister Jacinda Ardern said on Friday. This makes New Zealand the 48th country to have a confirmed case of the COVID-19. 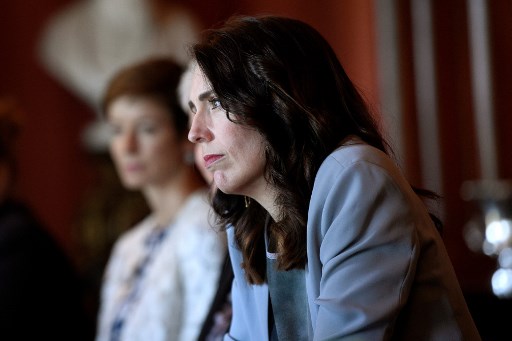 The woman, aged in her 60s, arrived  in New Zealand on Wednesday from Iran, via Bali, and was in an Auckland hospital, Ardern told the media in Sydney during her visit there.

"The person arrived in Auckland on Feb. 26 and travelled home in a private car," said a Ministry of Health spokesman.

The spokesman said their family became concerned about their condition and called Healthline. The patient had been coughing and had difficulty breathing.

"They were advised to seek medical attention and attended Auckland City Hospital emergency department that same day. All were wearing masks on arrival. As a result of the individual's symptoms and travel history they were admitted and tested," he said.

"They are in an improving condition in isolation, in a negative pressure room to prevent any spread of the disease," the spokesman said.

Public health officials have started tracing people sitting close to the person on Emirates flight EK450 from Tehran, Iran. They will have to self-isolate for 14 days.

The New Zealand government has announced a suite of new actions as it steps up its response to the rapidly changing global spread of the COVID-19.

This includes placing temporary restrictions on travel from Iran, a decision not to allow any exemptions for overseas students from China to enter the country and bolstering the health presence at international airports.