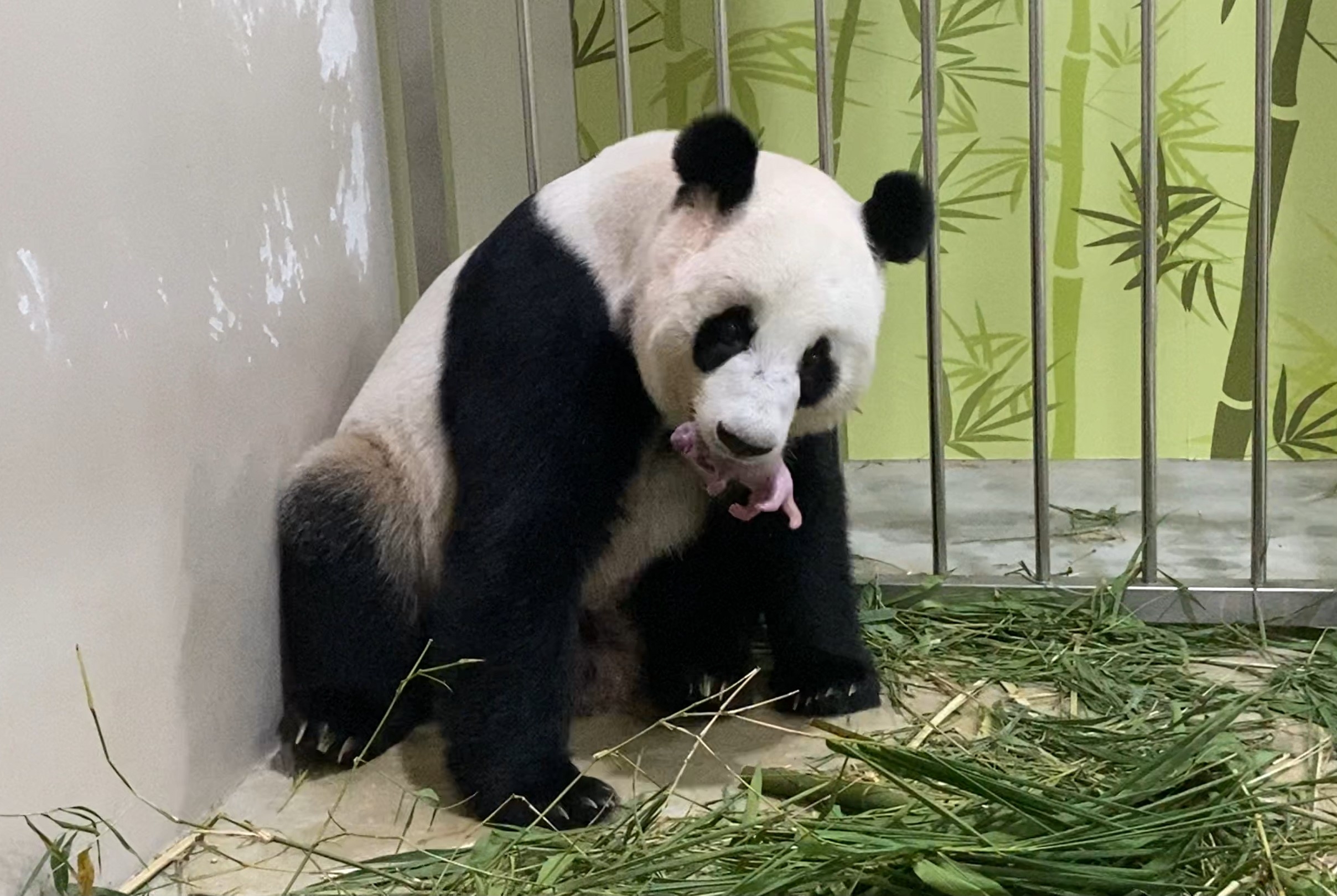 The cub, 13-year-old Kai Kai and 12-year-old Jia Jia's firstborn, weighs in at an estimated 200 grams, though its gender is yet to be determined, WRS said the cub was born at River Safari with the help of Chinese experts. Despite being a first-time mom, Jia Jia's maternal instincts kicked in as soon as the cub was born, said WRS, adding that the mom and baby are in an off-exhibit den to give them time to nurse and bond.

"Jia Jia's first pregnancy and the birth of a cub is a significant milestone for us in the care of this threatened species in Singapore. This is the result of good animal care, assisted reproductive science and sheer perseverance on the part of our staff coupled with valuable advice from the China panda experts. The work continues now with supporting the first-time mother to raise her newborn cub," said Cheng Wen-Haur, WRS's Deputy CEO and Chief Life Sciences Officer.

Kai Kai and Jia Jia displayed signs of being in heat in April when entering their seventh breeding season. Working closely with the China Conservation and Research Center for the Giant Panda (CCRCGP), WRS' animal care team initiated the breeding plan for 2021.

To make the most of the once-a-year breeding season, CCRCGP experts advised Singapore's vets to perform artificial insemination before the end of the receptive period. The procedure was carried out by the in-house veterinary team at WRS' Wildlife Healthcare and Research Center, using frozen semen collected from Kai Kai before the mating season. Jia Jia's pregnancy was later confirmed through an ultrasound scan.

The birth of the giant panda cub is "a joyful boost to the ongoing National Day celebrations this year," said WRS.

As part of WRS, River Safari is home to one of the world's largest collections of freshwater vertebrates. It is also home to giant pandas as part of a joint collaboration between China Wildlife Conservation Association and Wildlife Reserves Singapore to promote giant panda conservation.