WORLD 1st round of talks ends at Biden-Putin summit

1st round of talks ends at Biden-Putin summit 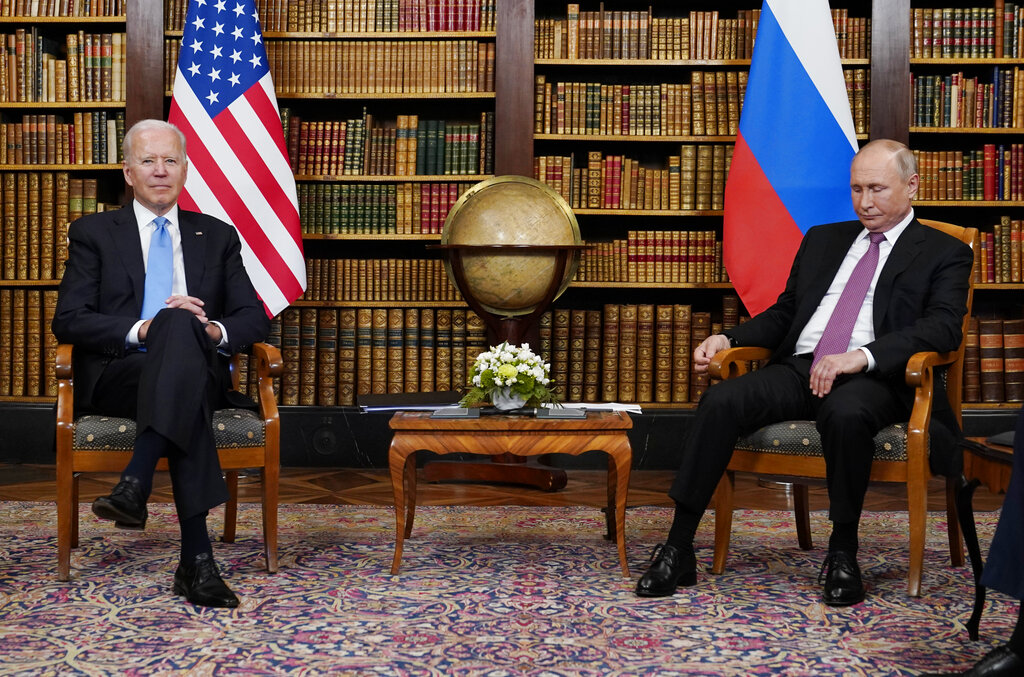 US President Joe Biden and Russian President Vladimir Putin have finished the first round of their summit talks Wednesday and are proceeding to the first of two larger meetings in Geneva.

Two additional sessions are planned Wednesday afternoon with the leaders to be joined by additional aides and translators.

The Russian delegation is to include Lavrov, Putin’s foreign affairs adviser Yuri Ushakov, Lavrov’s deputy Sergei Ryabkov, the chief of the General Staff of the Russian military Gen. Valery Gerasimov, Russian ambassador to Washington Anatoly Antonov, as well as Kremlin envoys on Ukraine and Syria and Putin’s spokesman Dmitry Peskov.

Overall, the summit is projected to last four to five hours before each leader holds a press conference.