JERUSALEM, March 1 (Xinhua) -- The first ambassador of the United Arab Emirates (UAE) to Israel arrived on Monday to start his term, about six months after the two countries established official ties. 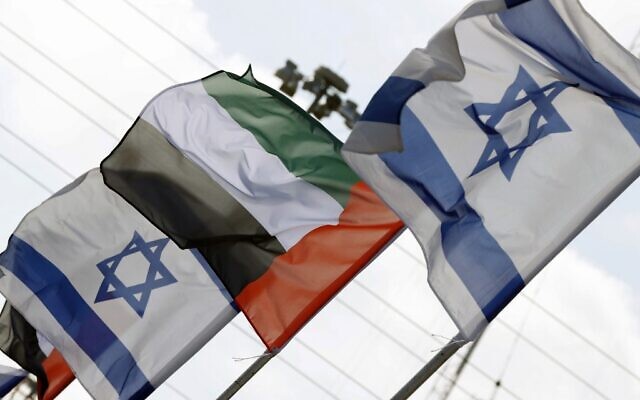 Israeli and United Arab Emirates flags line a road in the coastal city of Netanya on August 16, 2020. (Photo: Agencies)

Mohamed Mahmoud Al Khaja, former chief of staff to the UAE foreign minister, presented his credentials to Israeli President Reuven Rivlin in an official ceremony at the President's Residence.

"The ambassador presented his letter of credence on assuming his role as ambassador to the State of Israel in an official ceremony," the president's office said in a statement.

"This will be your most important mission -- to welcome the hands reaching out to you, to meet the Israeli people, and to get to know them up close," Rivlin told Al Khaja, according to the statement.

Al Khaja said his country and Israel share a common vision of "tolerance and cooperation."

The UAE embassy has yet to find a building from which it will operate in Israel. The envoy will stay in Israel for three days before returning to the UAE until a permanent location would be found.

Israel's envoy to the UAE, Eitan Na'eh, arrived in Abu Dhabi on Jan. 24 and has begun working as charge d'affaires until a permanent ambassador is appointed.