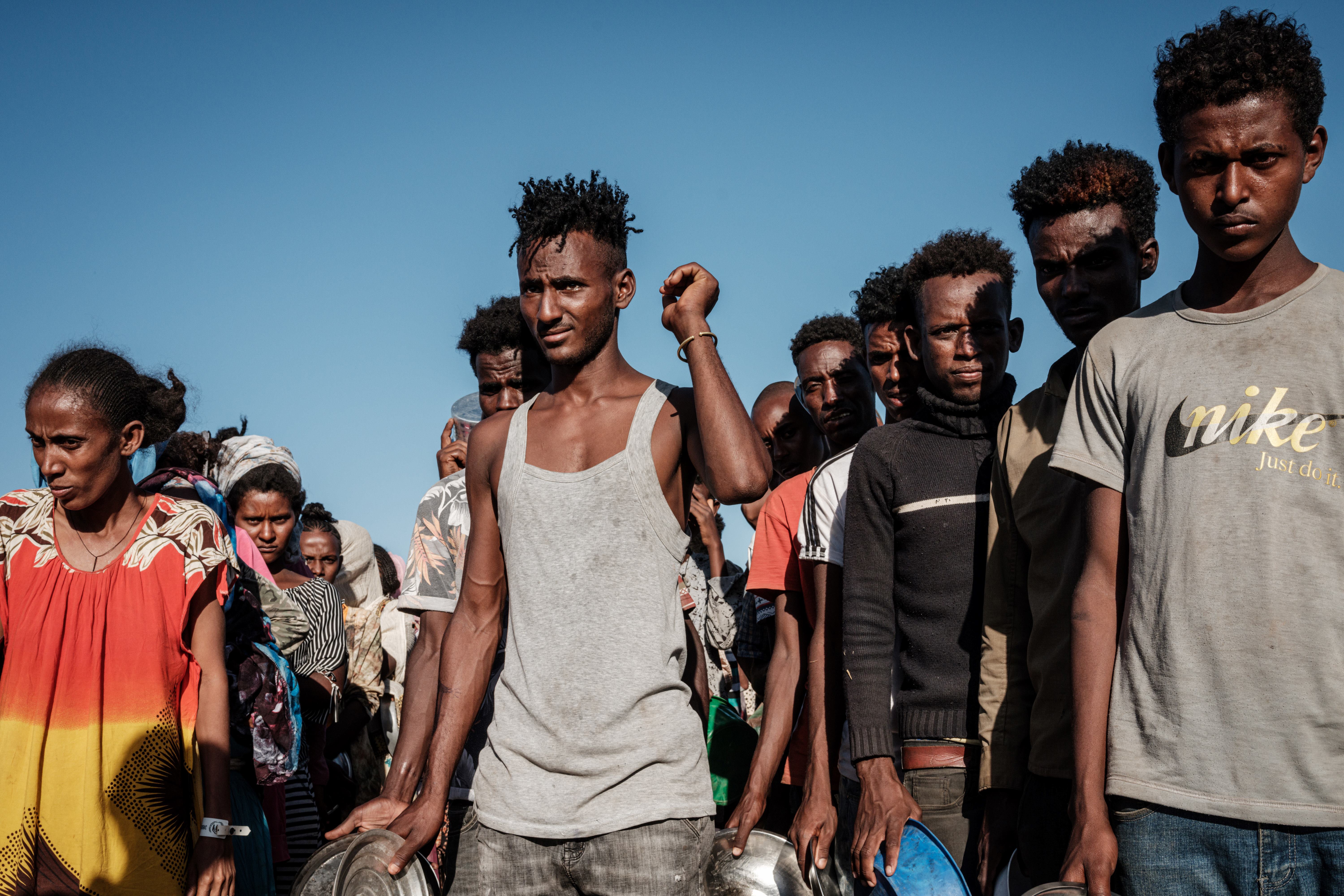 Ethiopian refugees who fled the Ethiopia's Tigray conflict wait in lines for a food distribution by Muslim Aid at the Um Raquba refugee camp in Sudan's eastern Gedaref state on December 12, 2020. (Photo: AFP)

"There are 2.2 million Internally Displaced People (IDPs) in Tigray, half of them are whose houses were burnt and lost all their properties, the other half fled by foot from western Tigray and other places in Tigray to regional cities including Axum, Shire, Adigrat and Mekelle," Gebremeskel Kassa, head of the region's Interim Administration Office, told state media outlets in Tigray region's capital Mekelle.

"The IDPs are under great risk, and we're undertaking widespread mobilization in collaboration with the federal government to provide aid to them," he said.

At least 4.5 million people need emergency aid, Kassa said, warning the final figure is likely to be much greater as his office has been unable to make a comprehensive study across the region.

Meanwhile, the majority of health facilities in the region have been destroyed or looted during the conflict, he added.

Ethiopia's federal government has been undertaking military operations in the country's northernmost Tigray regional state since early November against the Tigray People's Liberation Front (TPLF), which used to rule the region, after the TPLF reportedly attacked a command base of the Ethiopian Defense Forces.

The clash followed rising tensions between Ethiopia's ruling Prosperity Party and the TPLF, as each side accused the other of trying to destabilize the country.

Mounting differences between the two sides exacerbated in September, when the Tigray regional government decided to go alone with its planned regional elections, which the Ethiopian parliament had previously postponed due to the COVID-19 pandemic.