About 2,500 people took to the streets in Moscow on Sunday to protest against a proposal to raise the retirement age.

Russian Communist party supporters along with activists of the country's left-wing movements rally against the government's proposed reform hiking the pension age in Moscow on July 28, 2018. Photos: VCG

The rally was authorized by Moscow authorities and police were present to ensure public order and security, the Moscow branch of the Russian Interior Ministry said in a press release.

The Russian government earlier proposed to gradually extend the age of retirement to 65 from 60 for men and to 63 from 55 for women starting 2019 and completing the process by 2034.

However, a recent poll conducted by Russia's independent market research company ROMIR showed that 92 percent of the 1,500 respondents did not support later retirement.

On July 20, Russian President Vladimir Putin said that he was not happy with the government's proposal to raise the retirement age, but recognized the necessity to reform the pension system. 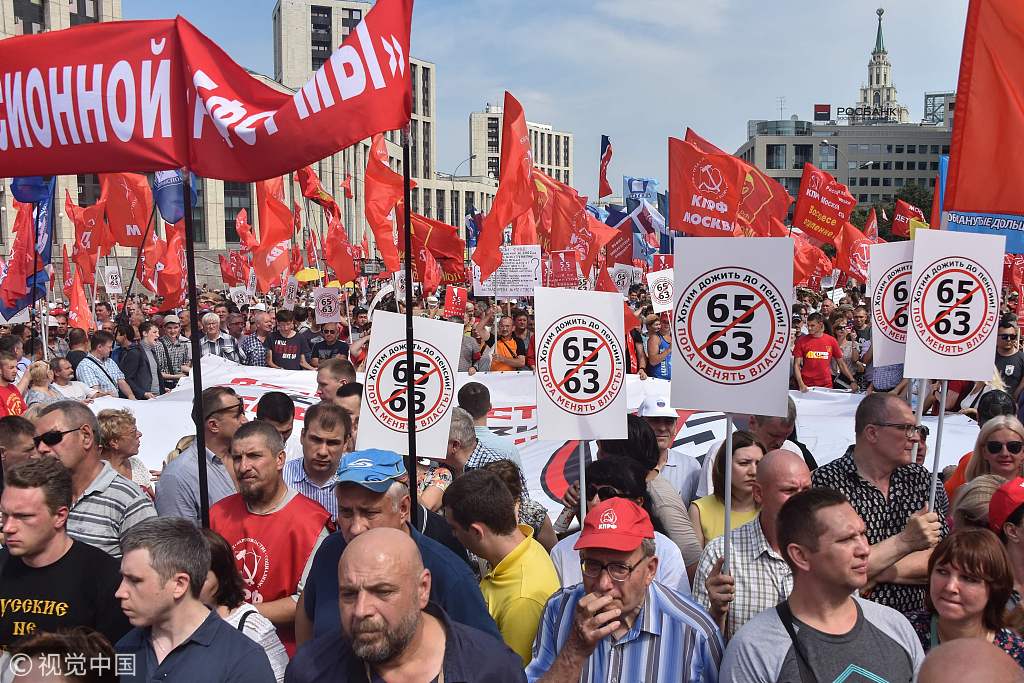 A day earlier, the Russian lower parliament house, the State Duma, gave its first-reading approval to a bill on later retirement.

The Duma plans to pass the bill in autumn in the second reading, during which amendments to the bill can be introduced. For this, it will collect proposals on improving the highly unpopular bill. 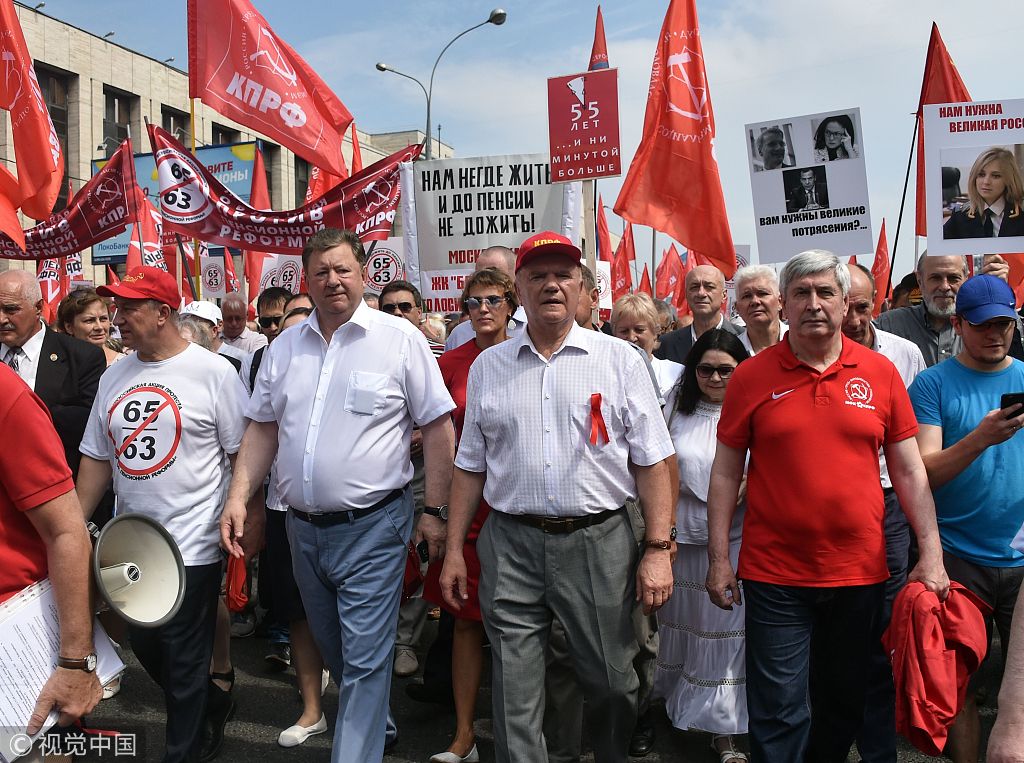 To become effective, a bill has to be passed in three readings by the Duma, among which the second is the most important, then to be endorsed by the upper parliament house, the Federation Council, and then signed into law by Putin.