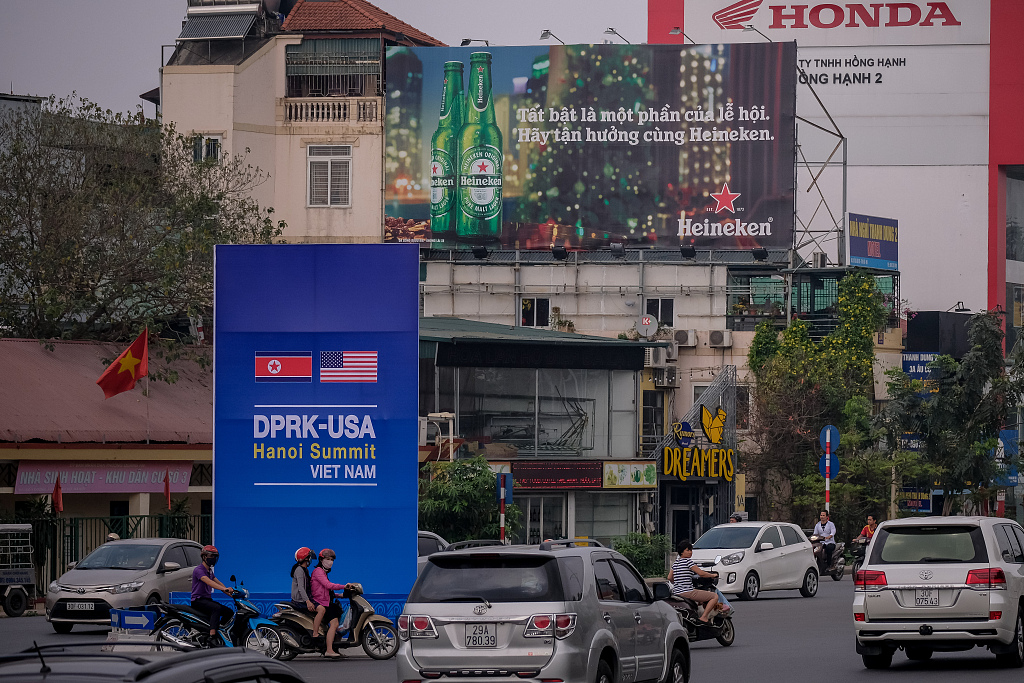 A public signboard welcomes the upcoming summit between US President Donald Trump and DPRK leader Kim Jong-un, near the U.S. Embassy on February 21, 2019 in Hanoi, Vietnam. (Photo: VCG)

Trung said they have just 20 days to prepare after US President Donald Trump announced Vietnam's capital Hanoi as the meeting venue, while Singapore had nearly two months to prepare for the first US-DPRK summit last year.

Prime Minister Nguyen Xuan Phuc has recently directed ministries and sectors to do their utmost to ensure security and safety for the summit to make it a success, Vietnam News Agency reported.

Special attention should be paid to the reception work, the prime minister said, stressing the need to create maximum conditions for international reporters to cover the event.