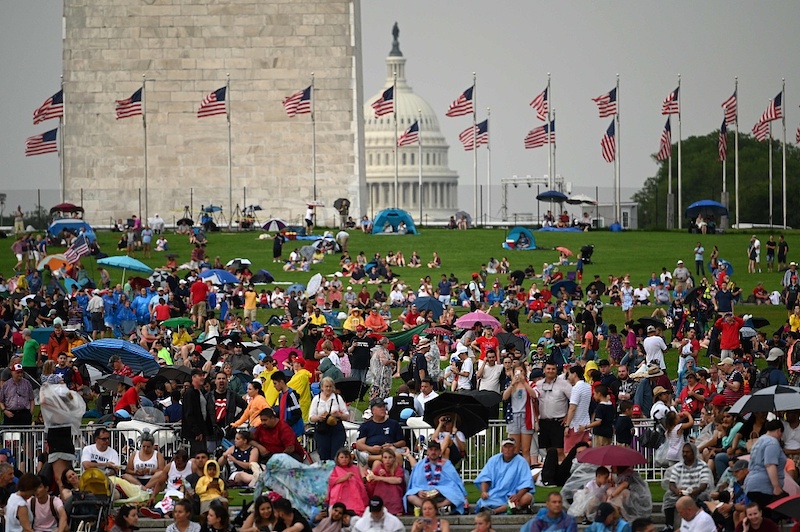 People gather on the National Mall ahead of the "Salute to America" Fourth of July event with US President Donald Trump at the Lincoln Memorial in Washington, DC, July 4, 2019. (Photo: VCG)

WASHINGTON, July 4 (Xinhua) -- Two protesters were arrested outside the White House on Thursday for "burning an American flag outside the limits of a permit that had been issued by the National Park Service," according to the U.S. Secret Service.

One person was arrested for felony assault on a police officer and malicious burning, and the other was arrested for obstructing a police investigation and resisting arrest, said a report of U.S. political website The Hill quoting Secret Service officials.