The bodies of two missing crew members of a dredging boat were found Saturday following an explosion a day earlier in the Port of Corpus Christi in Texas, according to the U.S. Coast Guard. 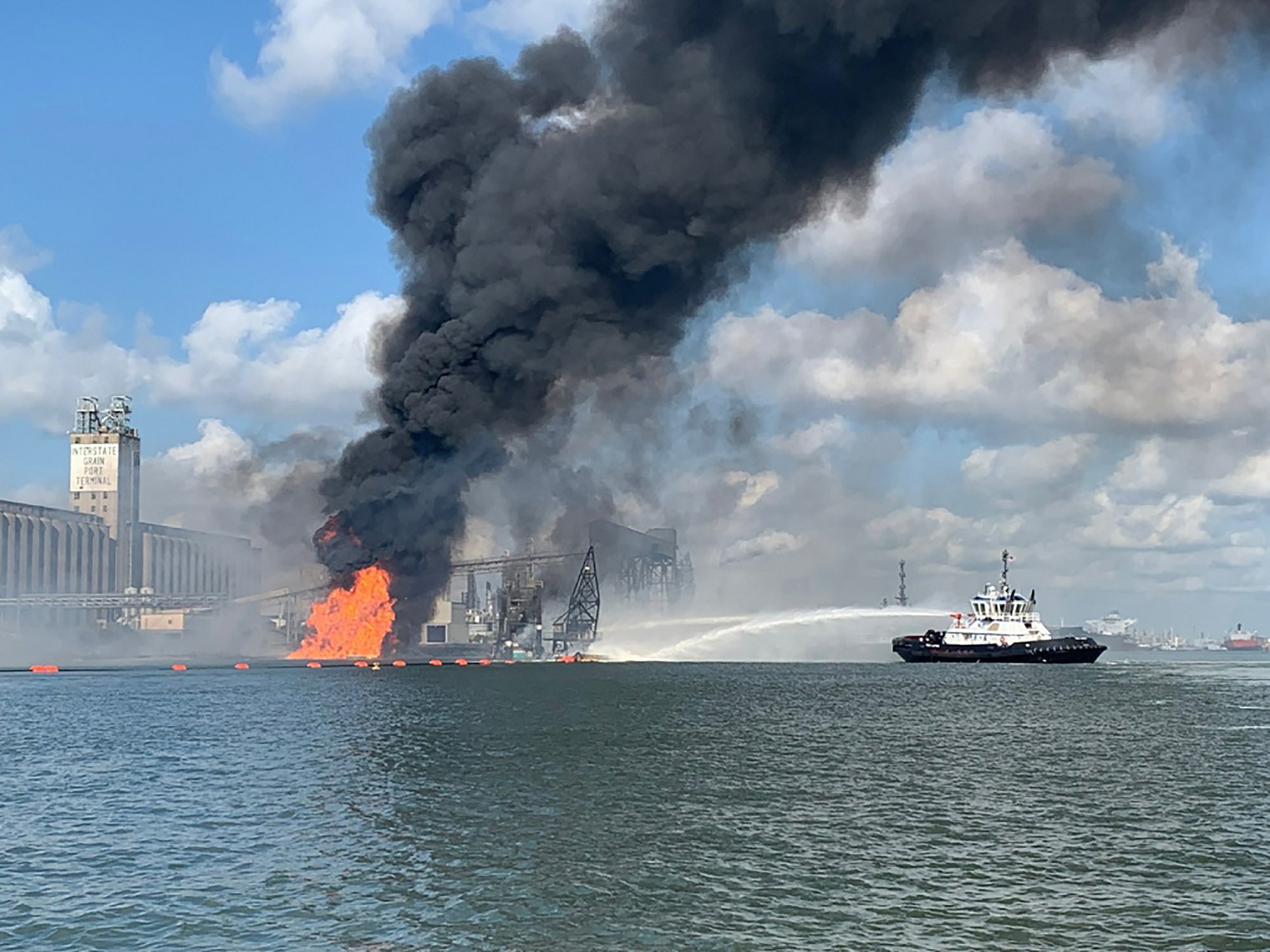 In this photo released by the U.S. Coast Guard, Coast Guard crews respond to a dredge on fire in the Port of Corpus Christi Ship Channel, Aug. 21, 2020 in Corpus Christi, Texas. (Photo: AP)

The explosion happened at about 8 a.m. Friday when the vessel struck a submerged pipeline, according to the Coast Guard, and Port of Corpus Christi officials said it was a natural gas pipeline.

"Our thoughts and prayers go out to the impacted crewmen and their families," Sean Strawbridge, CEO, Port of Corpus Christi, said Saturday.

"A full investigation is underway; however, search and rescue efforts are our first priority. It will not be clear for some time the cause of this accident, and any definitive statements to the contrary would be premature," Strawbridge added.

"We greatly appreciate the efforts of the U.S. Coast Guard and other responders in their efforts to recover our missing crewmen," Orion CEO Mark Stauffer said in the statement.

The fire onboard the vessel was first extinguished Friday afternoon, but sparked again and was finally put out at approximately 10 p.m. Friday, shortly before the vessel broke apart and sunk, the Coast Guard said.

The vessel carried a maximum of about 6,000 gallons of diesel fuel, said Brent Koza, the regional manager for the Texas General Land Office, which investigates oil spills.

"We have identified and are preparing for that as our worst case discharge scenario," and diesel is being recovered from the channel and around environmentally sensitive areas, Koza said.

Brooke West, spokeswoman with the Texas Commission on Environmental Quality, said air quality tests have found no air pollution and testing of the waterway is planned.

"TCEQ will collect water samples from the ship channel near the site of the incident ... this is still an active emergency response event," West said.