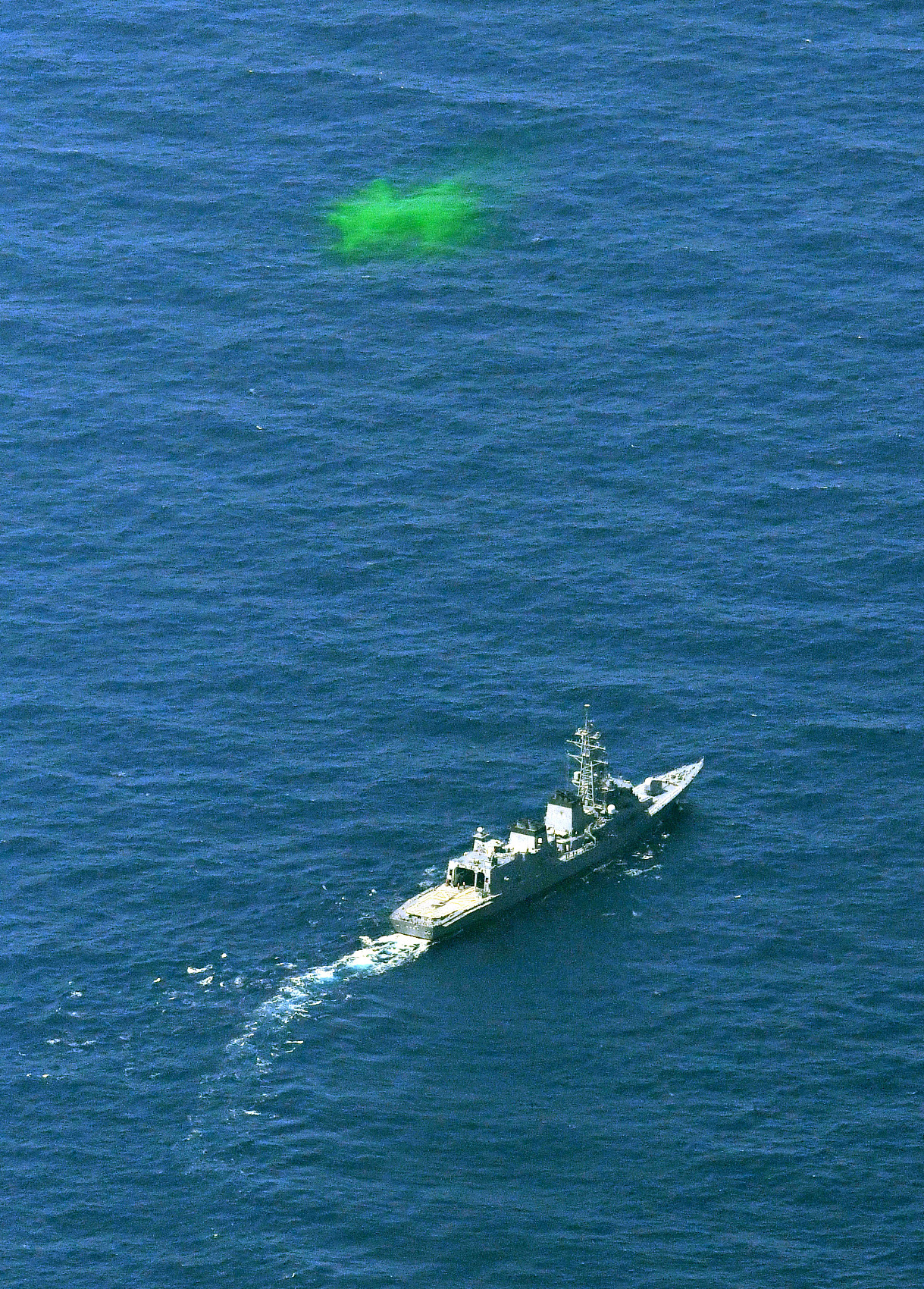 A Maritime Self-Defense Force escort ship searches for three missing crewmen of an MSDF helicopter in waters off Aomori Prefecture, northeastern Japan, in this photo taken from a Kyodo News airplane on Aug. 27, 2017. The helicopter dropped out of contact the previous night and is feared to have crashed in the area. (file photo:VCG)

Two bodies were retrieved from the wreckage of a Maritime Self-Defense Force (MSDF) helicopter that crashed off northeastern Japan in August, the MSDF said Friday.
The helicopter, which lost contact with controllers around 90 km off Cape Tappi during a night landing and takeoff exercise on Aug. 26, was raised from the seabed where it was found at a depth of 2,600 meters.
The two crew members aboard the SH-60J helicopter were confirmed dead after midnight Thursday on a barge assisting with the recovery, the MSDF said.
One crew member was rescued after the crash, while searches were continuing for the fourth crew member, MSDF officials also said.
The MSDF's Ominato district headquarters in Mutsu, Aomori Prefecture, said that salvage operation began early Thursday.