NEW DELHI, Sept. 13 (Xinhua) -- Two dead bodies were recovered from the debris of the building that collapsed in Delhi in India on Monday, confirmed a senior official of the city's fire department. 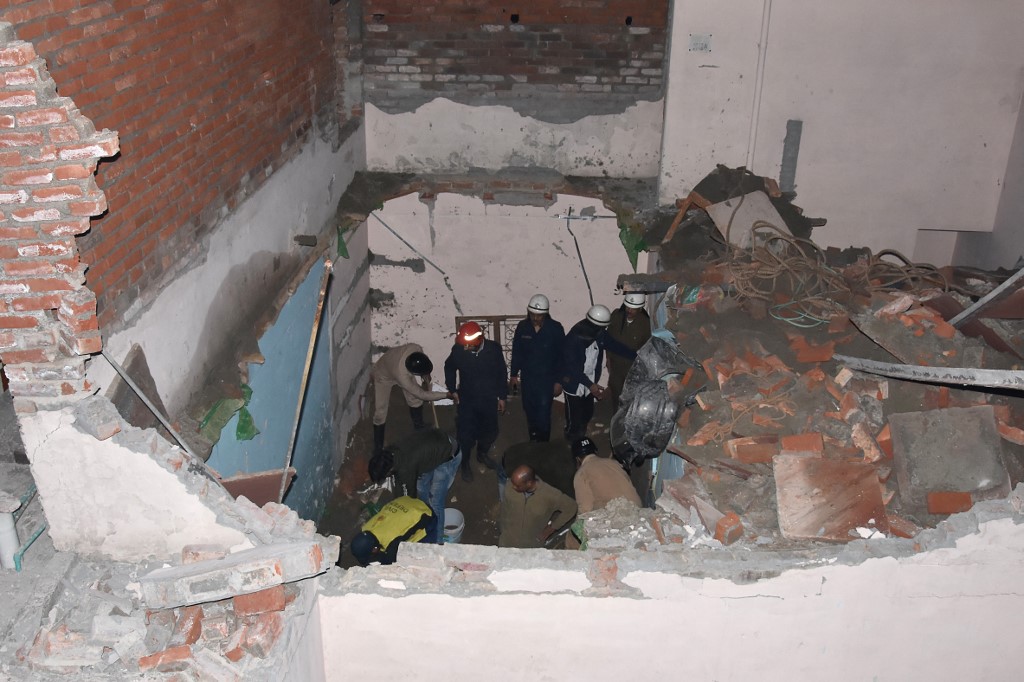 Rescue workers check under the rubble of a building that partly collapsed in Bhajanpura, in the north east district of New Delhi on January 25, 2020. (File photo: AFP)

Both the dead were children, a 12-year-old girl and an eight-year-old boy. One man was rescued from under the rubble.

Delhi's Lieutenant Governor Anil Baijal expressed condolences at the death of the two kids in the mishap.

"Anguished at the tragic incident of building collapse in the Sabzi Mandi area. My condolences to the families of children who succumbed in this tragedy and prayers for the speedy recovery of those injured," tweeted Baijal.

He added that immediate relief and rescue operations were underway, and that he has advised the concerned officials to urgently take necessary steps, including planning and engineering solutions, especially in vulnerable areas so that such incidents never reoccur.

The ill-fated building was said to be old. Incessant rains over the past few days might have weakened its foundation leading to its collapse, said the fire department official.