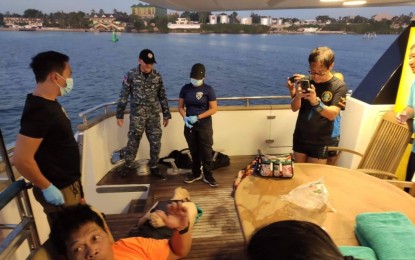 MANILA, Dec. 30 (Xinhua) -- Two Chinese tourists died after falling off a sailboat during a sunset cruise off Bohol Island in the central Philippines, the Chinese Consulate General in Cebu city said on Monday.

According to the Chinese Consulate General in Cebu city, around a dozen Chinese tourists took a sailboat from Bohol Island for a sunset cruise on Sunday afternoon.

The boat was battered by high waves whipped by strong winds. Two Chinese tourists, a male and a female, drowned after falling off the boat around 6 p.m. local time.

All the Chinese tourists on the sailboat were not wearing life jackets.

The Chinese Consulate General in Cebu already offered assistance to the next of kin of the victims to deal with the aftermath.

The Philippine authorities were investigating the accident.

About 1.5 million Chinese tourists visited the Philippines in the first 10 months of this year, up 41.13 percent from the same period in 2018, according to the Department of Tourism of the Philippines.