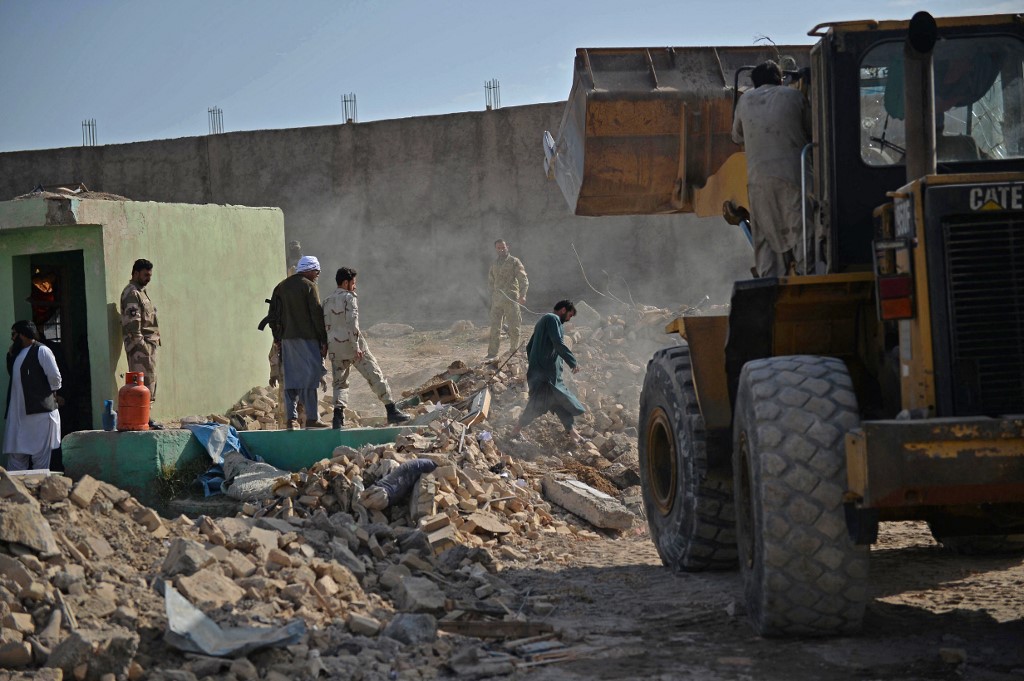 Security personnel and rescuers arrive at the site of a bomb blast at a security post in Injil district of Herat province on April 1, 2021. (File photo: AFP)