WORLD 2 Dallas officers shot and wounded while responding to call

2 Dallas officers shot and wounded while responding to call 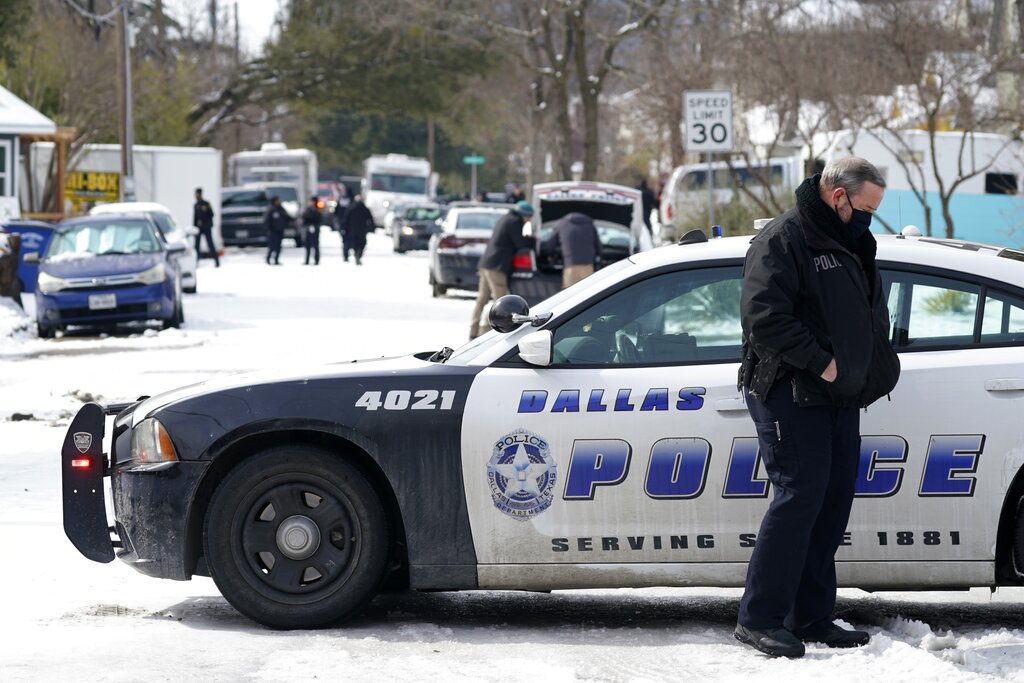 A Dallas police officer patrols an intersection on the 5300 block of Bonita Avenue in Dallas, Thursday, Feb. 18, 2021. (Photo: AP)

Two Dallas police officers were shot and wounded Thursday while responding to a shooting call in a residential neighborhood, police said.

“Upon arrival, officers were immediately met with gunfire,” said police Chief Eddie Garcia. “Officers were struck, went down. As other officers arrived, they were extracted from the scene.”

Police said later Thursday that SWAT officers breached a residence and found a man and a woman dead inside. Police, who had earlier said the suspect was believed to still be in the area, said it remained an ongoing investigation.

Firefighters had provided cover for officers as they extracted their wounded colleagues from the scene, Garcia said.

He spoke to reporters outside Baylor University Medical Center, where the officers were taken. Garcia said their injuries weren't life-threatening and that they were expected to recover. The department said in a statement that the officers were in stable condition.

The chief did not give details on what happened to prompt the call that brought the officers to the scene or describe the shooting suspect. 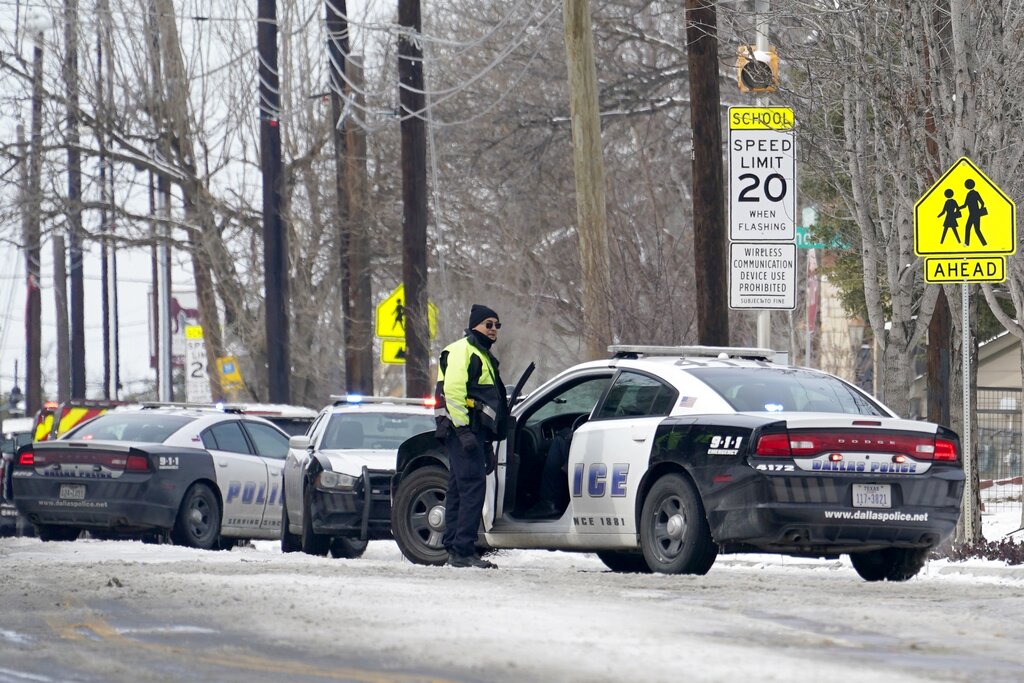 A Dallas police presence is seen at the street intersection of Belmont and Henderson in a neighborhood where earlier in the day two other officers were shot responding to an emergency call in Dallas, Thursday, Feb. 18, 2021. (Photo: AP)

Later Thursday, police blocked traffic along a busy stretch of restaurants and bars, and SWAT officers wearing tactical gear walked streets lined with upscale apartments and condominiums. Many businesses in the area have been closed or operating on scaled-back schedules after subfreezing weather knocked out power, burst water pipes and dumped snow across much of Texas.

Less than a week earlier, another Dallas officer was fatally struck by a car while blocking traffic at a the site of a wreck. Officer Mitchell Penton was standing next to his patrol car with the emergency lights activated when a suspected intoxicated driver slammed into Penton’s vehicle, causing it to strike the officer.

The driver was arrested on warrants for intoxication manslaughter on a police officer and intoxication assault.