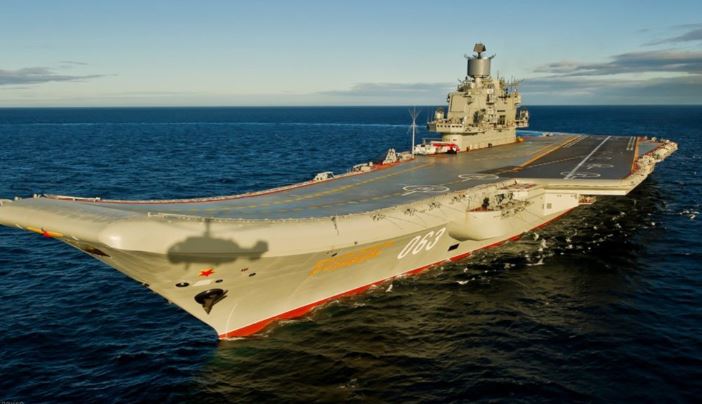 The ministry's Zvezda broadcasting service said the body of an officer was discovered by a search team in one of the compartments of the ship after the fire was put out on Friday.

The search team found the body of another serviceman on Thursday, Zvezda said.

Another 10 servicemen received medical assistance with no threat to their health, it said.

During the welding works in one of the compartments on the ship, sparks fell on the lower decks, igniting flammable fluids and dismantling equipment there, it said.

The 305-meter-long aircraft carrier with a maximum displacement of 58,600 tons was launched in 1985 and entered service in 1991. It has been under repairs in the northwestern Russia's Murmansk region since 2018.

In October 2018, a floating dock accident injured four workers at the plant where the aircraft carrier was being repaired, causing minor damages to the ship.