A pair of overnight shootings along the beachfront in Virginia Beach left two people dead and eight wounded in a scene described by authorities on Saturday as “very chaotic.” 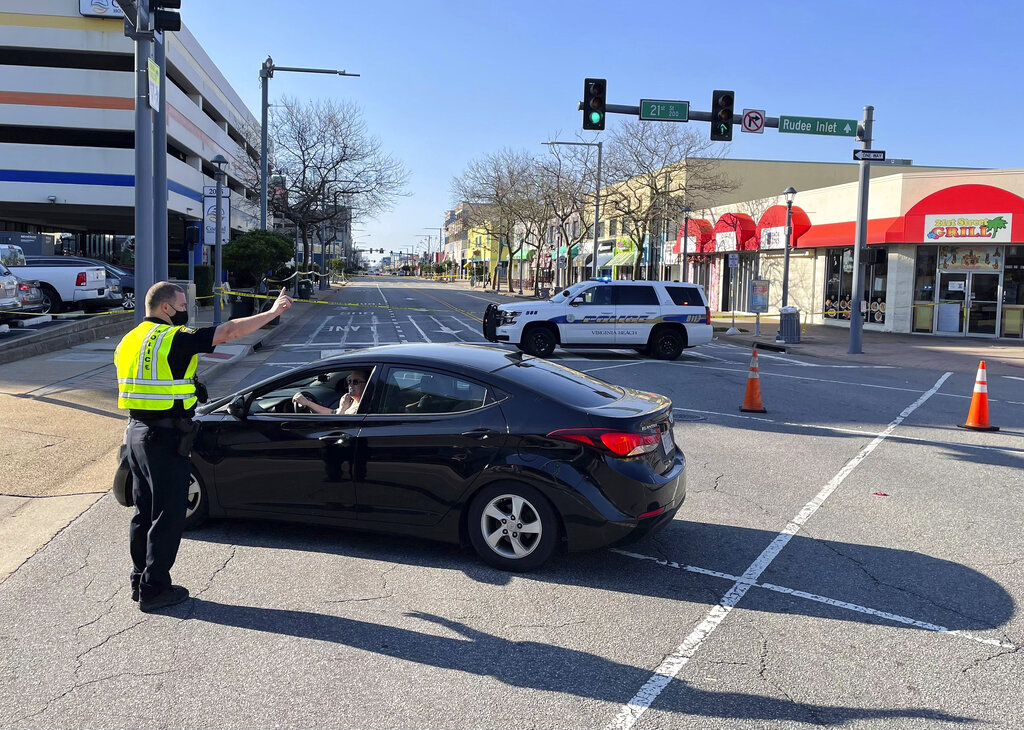 In a statement, the Virginia Beach Police Department said the first shooting occurred shortly after 11 p.m. Friday, when police who were patrolling the area heard gunfire. Police arriving at the scene found a woman who died of her injuries and eight people whose injuries were described as serious or life-threatening. In addition, an officer sustained minor injuries after being struck by a vehicle, Chief Paul Neudigate said at a news conference.

While officers were investigating the original shooting, shots were fired nearby, Neudigate said. An officer confronted a male suspect and fatally shot him. The officer has been placed on administrative leave. He has been with the department for five years and is assigned to its special operations division.

No suspect information was immediately available. Neudigate said several people were in police custody, but their possible involvement in the shooting was still under investigation. He said he believed the incidents all took place outdoors.

Multiple roads were blocked off throughout the night while police worked in the area.