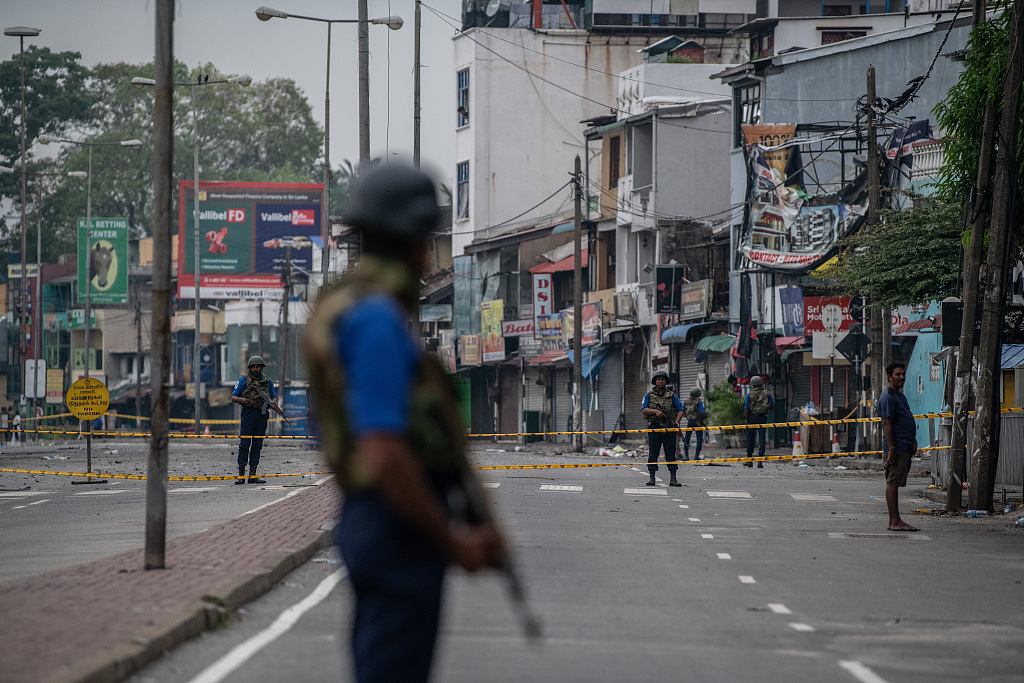 A military official told Xinhua that terrorists opened fire when Sri Lankan troops were attempting to raid a safe house used by terrorists affiliated to Islamic terrorist organization.
Some suicide bombers later blew themselves up inside the safe house.
The military official said that following a clearing operation, troops recovered 13 more bodies along with the bodies of the two gunmen, which included three females, six children and four males, from inside the safe house. The official said some of those killed maybe civilians.
Search operations are ongoing to see if more suspected terrorists are hiding in the surrounding areas and the entire area remains cordoned off.
A curfew is still in place in Kalmunai city and its surrounding areas after it was imposed last night.
Earlier on Friday evening, the military said security forces also had recovered flags belonging to the Islamic State, literature and some other objects from a house in the Ampara Distinct, also in the east, which is said to be the terrorist organization's place for oath-taking.