WORLD 2 injured in shooting outside restaurants in Washington D.C.

2 injured in shooting outside restaurants in Washington D.C. 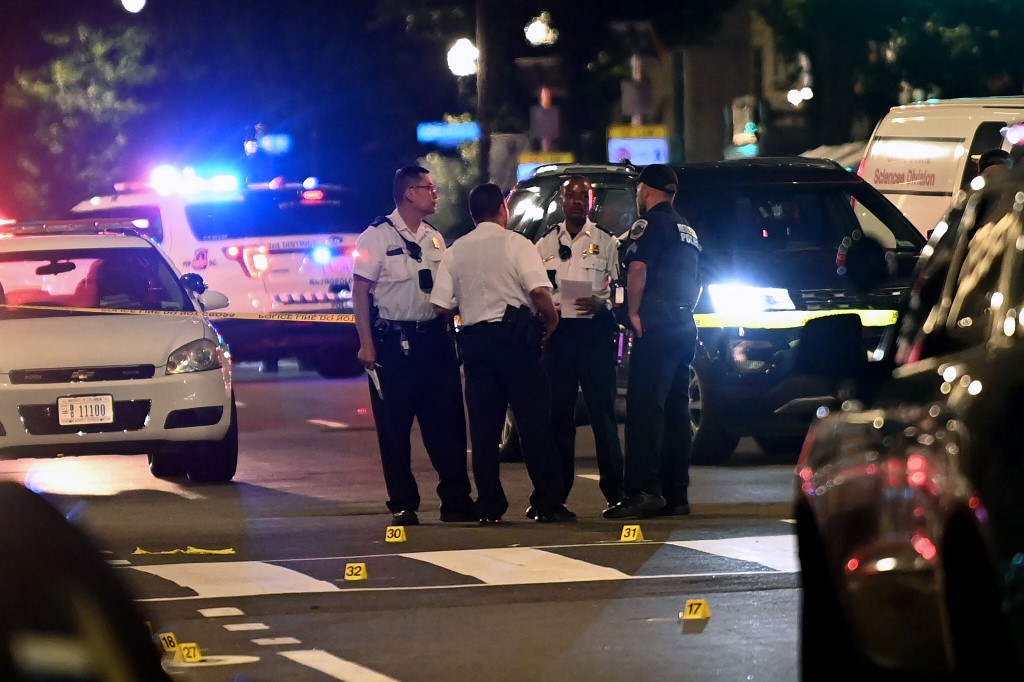 Police officers work at the scene of a shooting outside a restaurant in Washington, DC, on July 22, 2021. (Photo: AFP)

The shooting appeared to be targeted, said the report, citing a law enforcement source.

Police are reportedly searching for a male wearing a hooded sweater and driving a car with D.C. tags. No arrests were immediately made.