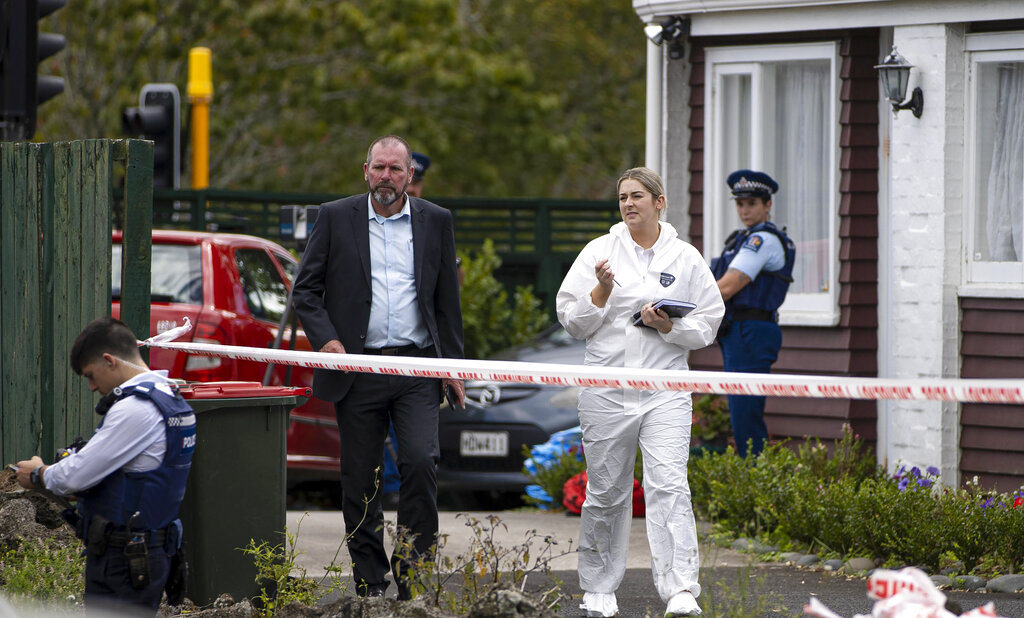 Police stand outside a home in Auckland, New Zealand, Friday, March 19, 2021. Two people were stabbed to death and a third was undergoing surgery for life-threatening injuries after a brutal attack inside an Auckland home, police said. Photo: AP

Two people in New Zealand were stabbed to death Friday and a third was undergoing surgery for life-threatening injuries after a brutal attack inside an Auckland home, police said.

Detective Inspector Scott Beard said they had spoken to a fourth person involved in the attack who had suffered superficial injuries and was being treated at a hospital. Beard stopped short of calling that person a suspect but said he wanted to reassure people they weren't looking for anybody else in connection to the attack.

“A double homicide is a tragedy and there are going to be family members out there who are grieving,” Beard told reporters.

He said police were called to the house in the suburb of Epsom at about 11:30 a.m. and found three people in critical condition.

Beard said medics provided first aid to two of the injured but both of them — a man and a woman — died at the scene. He said the third critically injured person was taken to a hospital and was undergoing surgery Friday afternoon.

Beard said the four people appeared to know each other. He said the investigation was still in its early stages and he couldn't yet offer a detailed account of what happened or any possible motive for the killings.

Epsom lawmaker David Seymour said he was shocked and saddened by the deaths. He said there would be many questions, and people in the community would want to know how and why the attack happened.