The Iraqi security forces used tear gas, rubber and live bullets to disperse protesters, and 283 protesters were also arrested, according to a commission statement.

The commission condemned the use of live ammunition and demanded to hand the case to a special investigation committee, urging all sides to stick to the peaceful demonstration standards.

On Tuesday, protesters blocked the roads and burned tires in many areas in the capital Baghdad, a police officer told Xinhua on condition of anonymity.

He noted that the three major bridges leading to the fortified Green Zone which houses government headquarters and foreign embassies are still closed, saying riot police managed to prevent the protesters from crossing these bridges.

Since Oct. 25, demonstrations have been going on in Baghdad and other cities in central and southern Iraq, demanding comprehensive reform, accountability for corruption, improvement of public services and job opportunities. 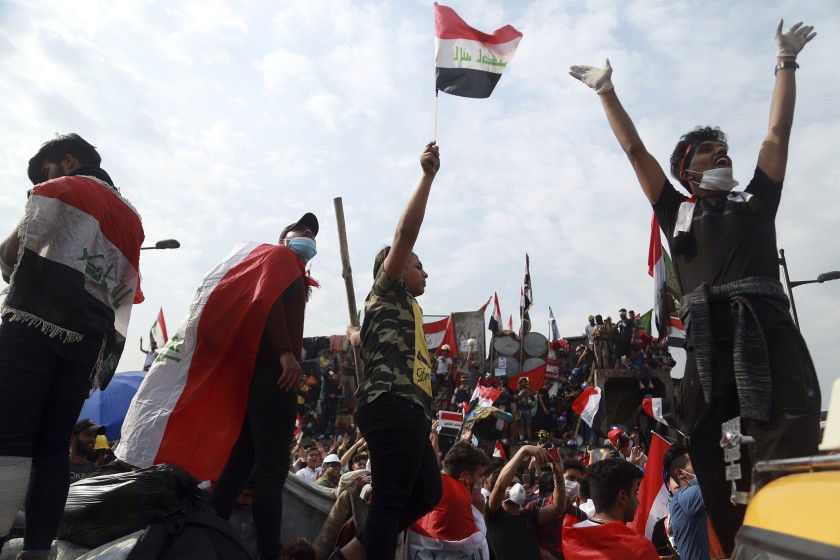